By Mike Houlahan
0 Comments
Jazz legend Duke Ellington said there were two kinds of music: "Good music, and the other kind."

For three decades, Radio One Jazz Junction host Richard Good has played the good kind to his dedicated audience.

Tomorrow his long-running gig will end, as Mr Good (74) hosts his final show.

"It becomes part of your life and I would start thinking it for a week beforehand, about what I would play.

"I would never plan what I was going to say though, which was a challenge but it meant there was some spontaneity."

While a well-established part of the station furniture, Mr Good is not Radio One’s longest-serving DJ. 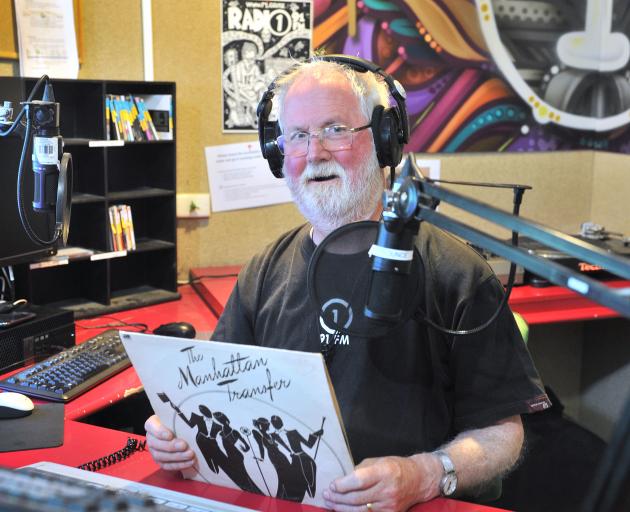 Long-serving Radio One Jazz Junction host Richard Good is set to hang up the headphones after 30 years.PHOTO: CHRISTINE O’CONNOR
That honour was believed to belong to James Dignan, who station management believed had been with Radio One for 35 years.

Mr Good said he arrived at the student radio station by accident.

"I had always dreamed of being a DJ but never thought it would happen," he said.

"I happened to get talking to this woman who was rummaging around for music to play on the show because she was a student and couldn’t afford to get her own.

"I came in, played some of my records, was offered the next two hours to do what I liked with, and ended up being offered a show at the end of the year."

That chance encounter sparked a labour of love; Mr Good hosted the show every week, almost without fail.

"I once got locked out of the station during a show," he recalled.

"I managed to tune the car radio to Radio One so I could estimate how much time I had left, and managed to get to my office on the other side of town so I could ring my wife so I could get the emergency code to get into the station, which was in my diary."

He said it was time for someone with new ideas and new music to take over.

"My last show is not the best of the best, but there are certain numbers I play at the end of a show when I say ‘I don’t know if I have played this before but I’m in charge of choosing the music so I’m going to play it again’.

"This show will be my ‘play it again’ music."