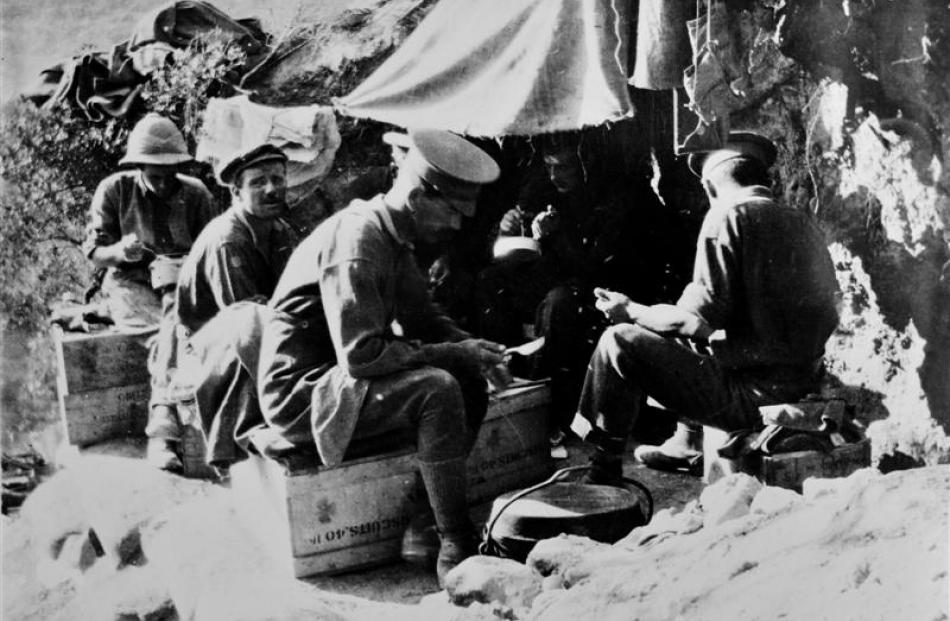 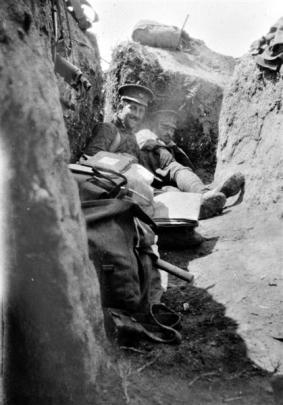 Soldiers escape the sun in a trench. 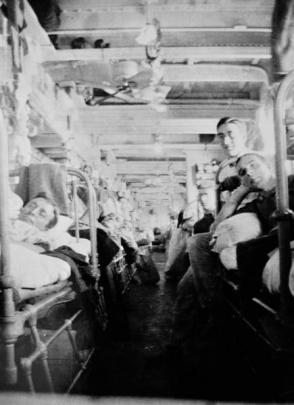 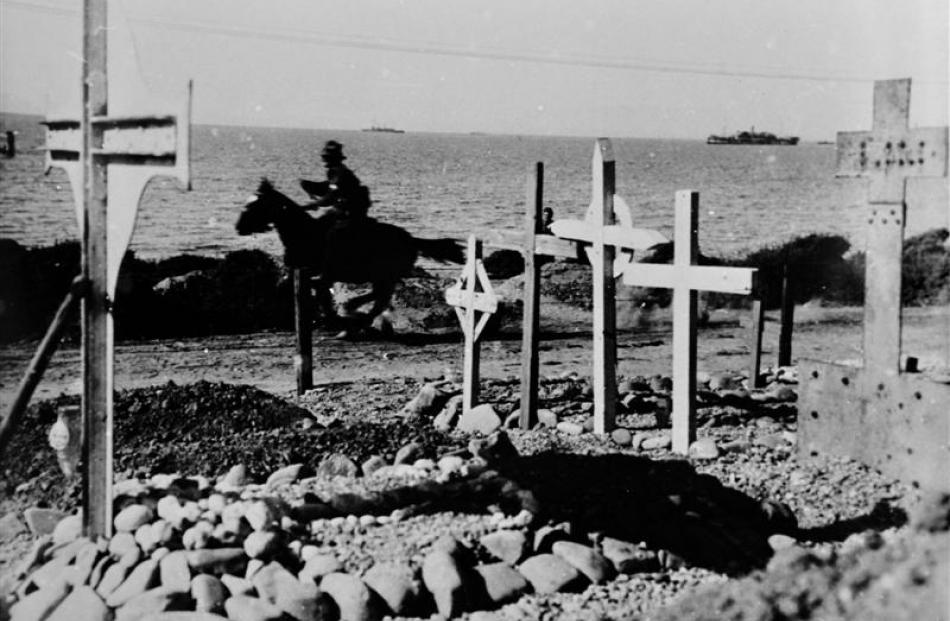 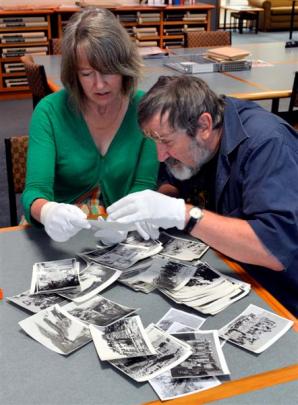 A series of rare World War 1 photographs has been uncovered at the Hocken Library in Dunedin.

The images were discovered by Swiss photographer Max Oettli while researching the work of celebrated Hungarian photographer Franz Barta, who emigrated to New Zealand in 1938 to escape Nazi persecution.

''I think it's an incredibly important series of photos. It's a very lucky find,'' Mr Oettli said yesterday.

''I've done quite a bit of picture research and I've never seen anything like it.''

The 81 black and white prints show scenes from Gallipolli, Anzac Cove and Egypt, including soldiers charging into battle and having their wounds tended, and war graves.

''It's a pretty amazing series. You can even see Simpson's donkey in some of them,'' Mr Oettli said.

''They're modern prints and you can tell the negatives have had a rough life. They look like they've been shot by different people.

''With the centenary of Gallipolli coming up, it's going to be very significant. There will be a real public interest in them.

''They would be very interesting for a war historian. You can get an idea of the evolution of the battle. They were being shot to pieces there.''

Mr Oettli was principal lecturer in photography at the Dunedin School of Art from 2007 until 2011 and is a photographer, researcher and author of international renown.

He leaves Dunedin today to return to Geneva, Switzerland.

Dunedin artist Steve Mulqueen has been co-ordinating a centenary committee to organise commemorative events in 2015 to mark New Zealand's entry into World War 1 at Gallipolli.

''We hope to make an announcement in the next couple of months,'' he said yesterday.