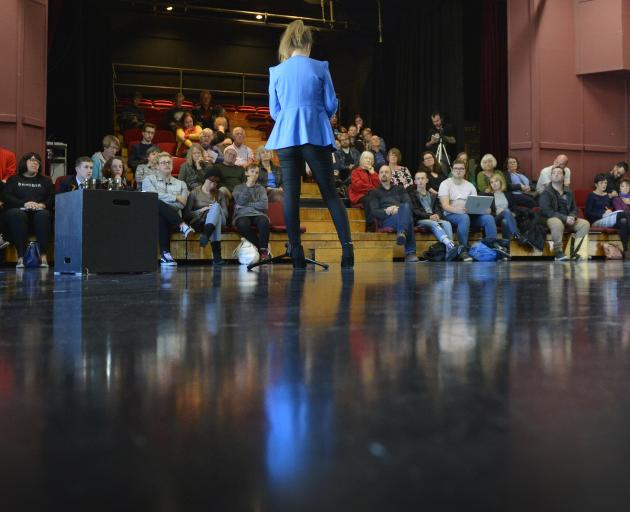 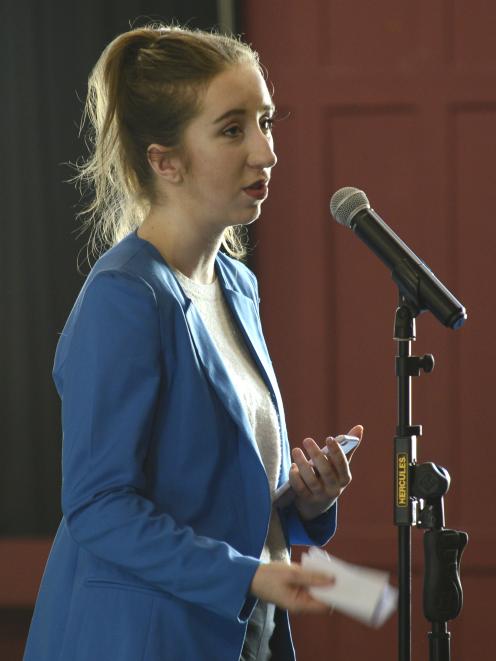 Sarah Latta.
The theatre, founded in the 1970s and based in the former Trinity Methodist Church, in Stuart St, closed last week.

University of Otago third-year theatre studies student Sarah Latta organised the meeting, which was attended by more than 50 people, including actors, playwrights, teachers and university and high school pupils.

Logan Park High School pupil Tyler Proctor said without a professional theatre in the city pupils would be ''struggling'' to meet the requirements of their NCEA drama courses.

Fortune board of trustees chairwoman Haley van Leeuwen could not attend, but outlined the reason's for the theatre's closure in a statement.

They included the theatre's high weekly running cost and the fact since 2012 sales had been declining, with the exception of the 2017 year.

The reasons were met with anger from former board member Dame Elizabeth Hanan, who said the closure of the theatre was ''reprehensible'' and wanted to see the trust's financial records.

''What's the board actually done about involving the community [saying] 'Hey look, we are struggling'?'' she said.

Ms van Leeuwen said the trust's financial report would be presented at its general meeting on May 31.

If the theatre had appealed for financial help earlier, the consequences could have been not getting funding.

The theatre had had two ''failed fundraising events'' in the last six months, which had received a ''poor response from the community'', Ms van Leeuwen said.

The Fortune Theatre Trust has made a submission to the Dunedin City Council's draft 10-year- plan proposing an arts hub in the former Sammy's venue.

However Dame Elizabeth said it was a ''pie in the sky'' notion and the theatre should start looking at using existing venues.

''It's all very well for the Dunedin City Council to say 'Well, we are going to do this that and the other thing, maybe this year, next year, sometime, never,'' she said.

Among other ideas suggested by the audience was having a profit-sharing theatre model, and community housing for people involved in the arts.

One speaker wondered whether the Fortune could be included in the council's plans for the waterfront in the long-term.

Ms Van Leeuwen said she wanted to make it very clear that the council's plan for Sammy's and the closure of the Fortune Theatre were separate issues.

The theatre trust wanted to see Dunedin theatre continue, whether or not it was under the Fortune brand, she said.

Cr Aaron Hawkins assured the meeting there would be a future for professional theatre in Dunedin.

Ms Latta said she would put the ideas generated to the Fortune trust.

So Aaron Hawkins is guaranteeing a future for professional theatre in Dunedin? Presumably he would see this being funded somehow by the DCC?
How can he possibly make such assurances, since when does he speak for all of Council and the people of Dunedin?
This guy is out of control.

Yes sad but for the Fortune Theatre to work it needs to be able to stand on its own merits and attract paying theatre goers. Since it was founded in the 1970s times have changed. The electronic media now dominates peoples attention. Who wants to go out on a cold night to a theatre when you can sit in your lounge and watch Netflix? The publishing of books is another area that has been affected as the general public are no longer reading books in large numbers. Cellphones and IPads have seen to that.