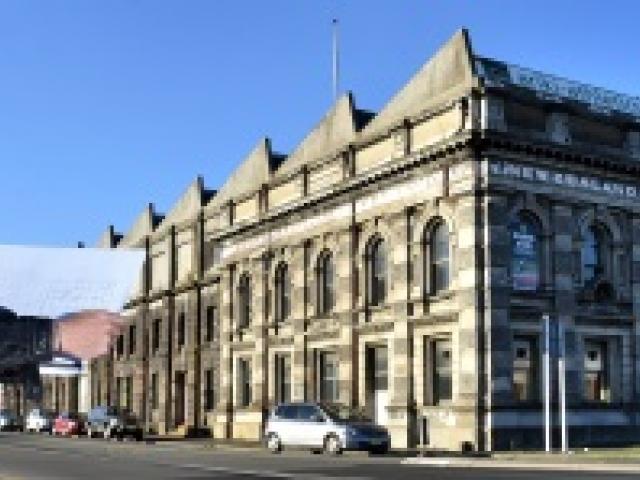 He has brought over United States architect and friend Paul Ries, who has drawn up ambitious plans to convert the two top floors into more than 50 short-stay apartments, with the ground floor used as a commercial space.

Mr Lund said his plans involved letting the building ‘‘tell its story'', which involved retaining and keeping exposed as many historic features as possible.

The change in plans, which meant he would need to reapply for resource consent, comes just after harbourside businesses, including Kaan's Catering Supplies and Farra Engineering, reached an agreement on extra conditions for his original proposal.

However, Mr Lund was confident progressing his new plans would be easier than last time and believed previous objectors would be happy with the changes, as short-stay occupants would be less likely to take issue with noise from nearby industry.

There would also be ‘‘a lot less parking demand'' from short-stay occupants.

He was in discussions with two potential anchor tenants, one of which involved accommodation in the two top floors and a commercial space on the ground floor and another involving a tenant taking up two floors, leaving only the top floor for accommodation.

If the first option went ahead, he envisaged more than 50 short-stay apartments across two floors and potentially five or six owner-occupied apartments on the top floor.

The ground floor would be used as a commercial space.

Both plans involved building a car park on a site next to the building where there was space for about 34 car parks.

Another floor of car parks would be built as development progressed.

The change in tack came about because Mr Lund believed there was a better market for short-stay accommodation.

‘‘The one thing that the very lengthy delay has meant is that the market has changed and we think it's definitely a much better opportunity to do short-stay.''

He thanked the objectors for coming to an agreement on his initial plans after extra conditions were added, which resulted in the Environment Court issuing a consent order for the original proposal last week.

Mr Ries, who has offices in Portland, Oregon, and St Petersburg, Florida, said his plans for the building involved taking advantage of its ‘‘good bones'' and allowing people to experience its history.

This involved keeping its columns and stone walls visible.

‘‘It's a beautiful historic building. It has a story to tell, and what we are trying to do is do the least amount of harm as we come back in and do our modern-day intervention.''

The large ground floor would allow for any developments to involve multiple levels - for instance, a cafe could have mezzanine floors.

Farra Engineering chief executive John Whitaker said it would keep an open mind about changes to Mr Lund's plans and reserve judgement until he had seen the plans.

‘‘Our concerns have always been about reverse sensitivity and about parking, so we would just have to consider the proposed use in terms of that,'' Mr Whitaker said.

He accepted short-term residents could be less likely to complain about noise, which could ease concerns about reverse sensitivity.