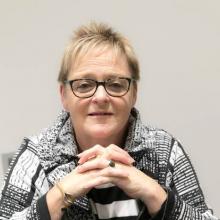 But the centre will be allowed to keep its government accreditation, albeit under close scrutiny, the Ministry of Social Development has confirmed.

Women's Refuge New Zealand chief executive Dr Ang Jury said an independent assessment essentially highlighted the same issues as other investigations, primarily workplace culture and some people "being a little bit loose with donations" of things like food and clothing.

She confirmed the centre's manager had resigned.

A Women's Refuge national service leader was working in Dunedin in the interim, while recruitment for a new manager took place.

A Ministry of Social Development report, which summarised investigations carried out by the ministry and Deloitte, highlighted claims by former staff of bullying, unsafe work practices and theft of donated items.

The report said the claims "appear to have been substantiated to a degree that is concerning".

The ministry and Te Whare Pounamu (TWP) were to meet by the end of September to determine whether corrective actions had been taken.

"We reviewed the evidence provided, considered management changes that had taken place, and also noted TWP commissioned an independent assessment in response to our concerns.

"As TWP is also an affiliated member of the National Collective of Independent Women's Refuges, they will also receive ongoing support and guidance from the collective, which we're supportive of."

The ministry would monitor TWP closely over the next three months "to ensure all the recommended actions are embedded in practice".

Dr Jury said staff had been "through the wringer" and it would take time for them to start "holding their heads up".

"There were definitely issues of process and people weren't as tight and careful as they should have been."

She said the care of women using the service had not been raised as an issue in any of the investigations.

"If you actually need help, give us a call, and that help will be there.

"That work has not stopped."