And it comes after he opened a trailer cafe at Tunnel Beach.

The Keep It Real NZ trailer cafe had been opening only at weekends until this week. The trailer would now be open during the weekdays as well due to the summer weather and arrival of the school holidays, Mr Lemm said. 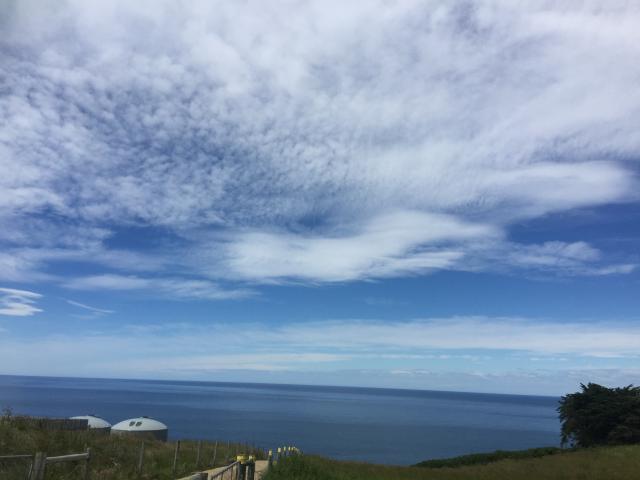 Tunnel Beach.
Unlike central city trailer cafes, where customers were often on the run, there was a "really nice", relaxed atmosphere at the beach, with many visitors stopping to chat, he said.

The trailer cafe would sell fruit ice creams, "good local coffee" and cold drinks, the latter being popular with the visitors who did not realise how steep the walk back up from the beach was, Mr Lemm said.

They would not be selling other food, in order to keep rubbish away from the track, and he regularly walked the track to check for litter.

Mr Lemm said there had been several months of negotiating with the Dunedin City Council, and then talks with the Department of Conservation, to establish the trailer on-site.

He said the benefits of having the trailer at Tunnel Beach included the fact there was now someone able to keep an eye on parked cars after a series of break-ins at the beach, as well as keeping the area tidy from rubbish.