By Hamish MacLean
0 Comments
Failures by Otago Regional Council staff in the Clutha River dumping scandal were significant, but the lack of transparency and communication afterwards was "in another league".

Retired High Court Judge Sir Graham Panckhurst’s damning report on the council’s response after a construction company dumped demolition debris into the river in Balclutha in March last year was released to the public yesterday.

Sir Graham was asked to investigate after councillors learned an Environmental Protection Authority (EPA) investigation was hindered when council staff declined to co-operate.

The EPA was brought in weeks after the dumping because council staff might have been partly to blame for it.

By the time Sir Graham was brought in to investigate, the relationship between the councillors and staff was strained. 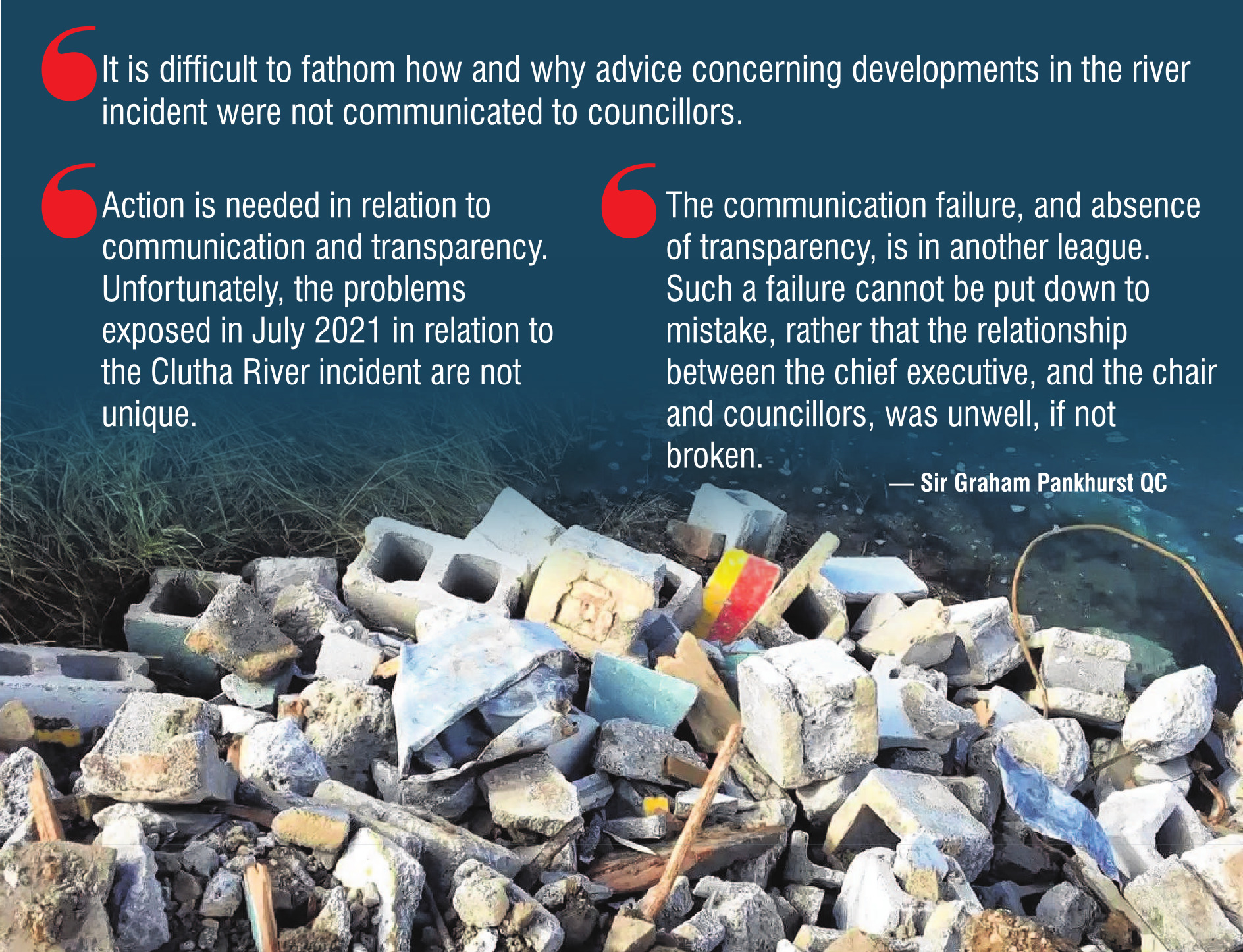 Cr Michael Laws had been cleared of wrongdoing in a code of conduct complaint brought against him in part due to statements he made about the council in the Otago Daily Times after he learned of the matter.

In his 26-page report, Sir Graham said the environmental damage due to the dumping was fortuitously minor, because the demolition waste lay in the river for 95 days in part because of a communication barrier between two council departments

He described a council compliance team that was out of its comfort zone due to a lack of expertise and a council engineering team that refused to co-operate with the EPA based on flawed advice.

He went on to say the now recently departed chief executive Sarah Gardner should have informed chairman Andrew Noone about the EPA investigation and what led to it as early as April last year.

Instead, some details were shared with councillors on July 19 when the ODT was about to report on the issue.

He concluded the council had acted against its statutory obligations of transparency and advice and information was not shared willingly nor accurately and promptly.

The council’s mistakes made around cleaning up the river and ensuring staff gave evidence in the EPA investigation were significant as were the consequences.

"The communication failure, and absence of transparency, is in another league."

It could not be put down to a mistake, but instead showed the relationship between the chief executive and the chairman and councillors was "unwell, if not broken".

Interviews with staff revealed a rift between the two sides of the organisation, where staff felt councillors were straying into operational matters and councillors felt staff were trying to influence strategy and policy, Sir Graham said. 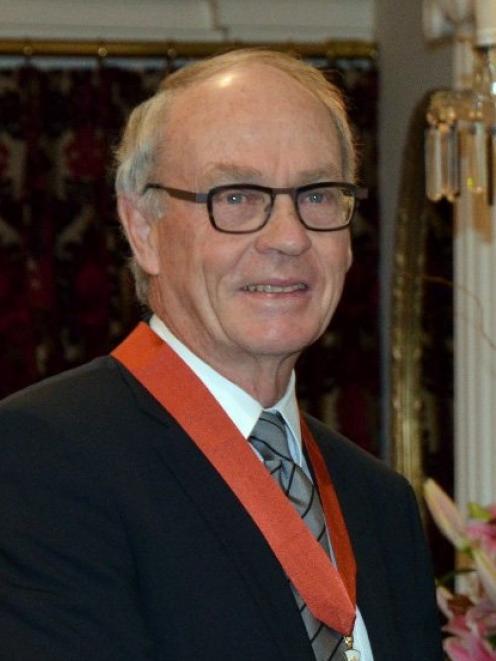 Sir Graham Panckhurst
Cr Noone said yesterday he was committed to repairing the relationship.

Though he would not make any comment about the departed chief executive, he said interim chief executive Dr Pim Borren had indicated a willingness to work on the relationship as well.

Dr Borren said yesterday the report was not available before Mrs Gardner left the council, but most of Sir Graham’s recommendations had been addressed through changes in internal processes.

Cr Laws called the matter an "omni-shambles" due to the failure of "certain staff leadership and an attempt to hide that failure from elected members".

"I’m not sure you can blame elected members for any faults.

"The report outlines the faults made," he said.

Cr Gary Kelliher said the report showed the council in a "sorry state" when staff leadership was headed in one direction and then treated councillors as a "sideshow".

It was easy to point the finger, Cr Bryan Scott said.

"Until we get some honesty around that, we’re not going to move forward," Cr Scott said.