By Courtney White
0 Comments
Life-saving new flight routes are in the works to enable "otherwise impossible" missions for the Otago regional rescue helicopter service, thanks to funding from the Otago Service Clubs Medical Trust (OSCMT).

The Otago Rescue Helicopter Trust has received a substantial donation totalling $320,000 from the trust OSCMT to assist with development of new instrument flight rules (IFR) routes across the Southern region.

Otago Rescue Helicopter Trust chairman Martin Dippie said the new IFR routes would enable the Otago Regional Rescue Helicopter service to respond to missions that would "otherwise be impossible due to low cloud or freezing levels".

The relationship between the Otago Rescue Helicopter Trust and the OSCMT was cemented at a ceremony yesterday morning at HeliOtago Ltd.

The installation of the routes had begun as previous donations had been received, but the capital injection provided by the OSCMT had funded a large portion, he said.

"It’s just wonderful, and will save lives in our region over many years to come." 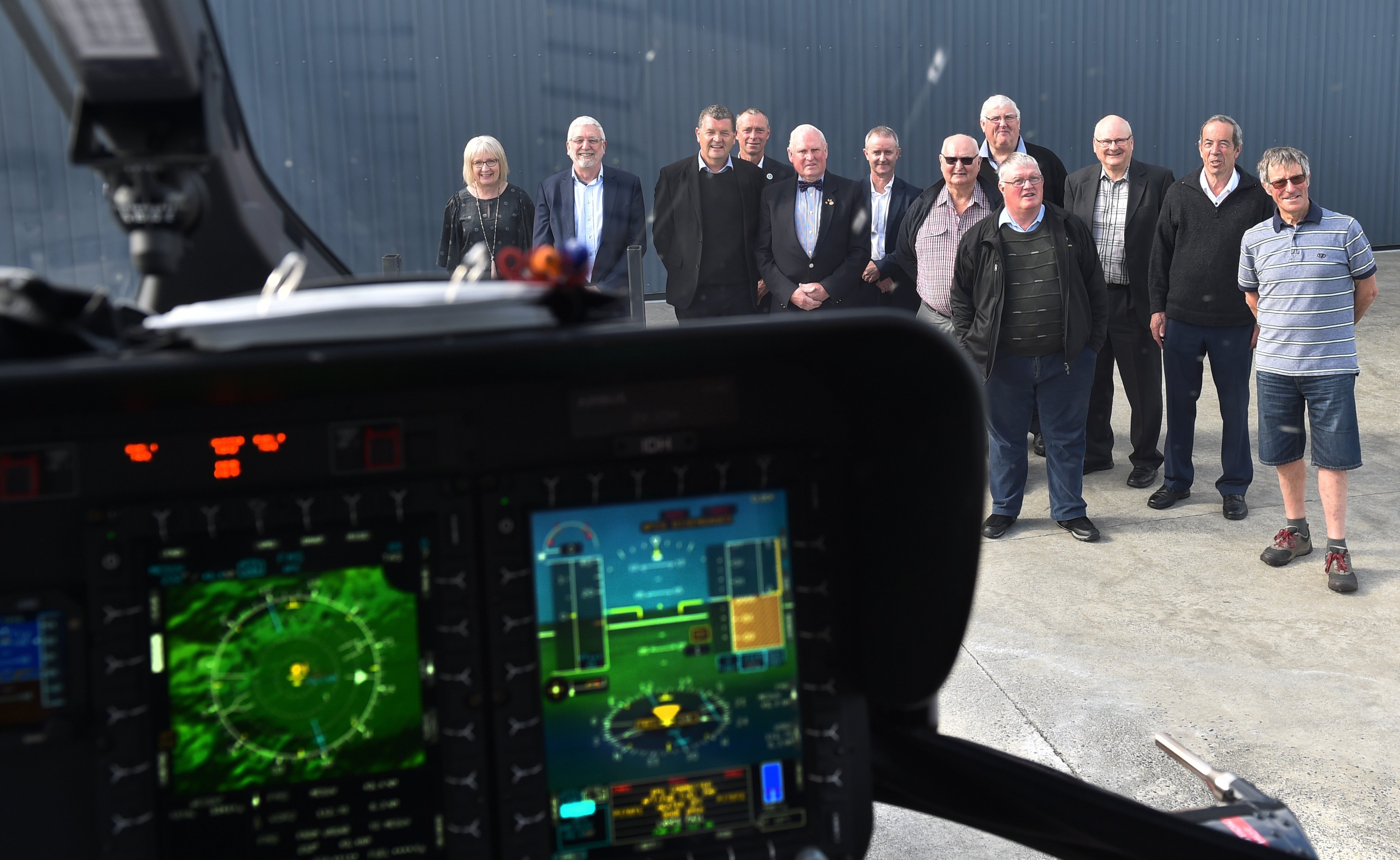 "We will be able to respond even more frequently and with greater safety for our crew and patients by flying using GPS on the prebuilt routes," Mr Gale said.

A trustee of the OSCMT, Jack Paine, said, "We couldn’t have found a better match in identifying the Otago Rescue Helicopter Trust to receive most of the remainder of the funds raised by our clubs for the early heart transplant recipients."

The OSCMT was founded in 1986, when two local men, Joe Wansink and Norman Rae, were in desperate need of heart transplants.

The surplus funds were placed in the OSCMT and managed by Perpetual Trust.