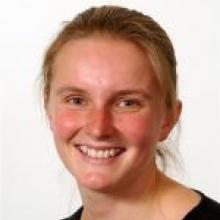 Karen Hartshorn
A University of Otago senior staff member researcher has left after it was discovered she did not have the doctorate from Cambridge University she claimed.

Karen Hartshorn was a science communicator in the internationally-acclaimed Dunedin Multi-disciplinary Heath and Development Unit.

Her role was to use Otago science research discoveries to write academic papers for publication in New Zealand and overseas, and to write newspaper and magazine articles for a wider general audience.

She left the university recently, about two weeks after the Otago Daily Times began investigating an anonymous tip she had inflated her qualifications. The university will not confirm whether she resigned or was dismissed.

The ODT has been unable to contact Ms Hartshorn, despite repeated attempts, via telephone and visits to her home, over the past few days.

Investigations revealed she holds the BA from prestigious United States university Harvard she claims on her CV. She was also a PhD student in geology in the earth sciences department at Cambridge University in the UK for four years.

But she never completed her Cambridge qualification. Unlike successful PhD candidates, her name does not appear on the PhD graduates' roll on the university's library catalogue or in annual reports from the earth sciences department.

Responding to inquiries, Nicholas Saffell, from Cambridge's office of external affairs and communications, said in an email Ms Hartshorn submitted a revised PhD thesis in September 2004 which was sent to the examiners, but she had not yet had a viva. A viva is the oral examination required to complete the degree process.

Ms Hartshorn's situation has some similarities to that of Mary Anne Thompson, the former head of the New Zealand immigration service who resigned earlier this year after it was discovered she did not have the doctorate from the London School of Economics she claimed.

Ms Thompson is still before the courts facing three charges of using a fraudulent CV to obtain public service jobs in 1989, 1998 and 2004.

Ms Hartshorn did not claim to hold a doctorate when she obtained her first job in Dunedin in 2006 as director of the New Zealand International Science Festival, the woman who employed her, Dame Elizabeth Hanan, said.

But at some point Ms Hartshorn began saying she had a PhD and using the title Dr.

In a March 2007 interview with the ODT, she said she had a PhD in geology from Cambridge and was referred to as Dr Hartshorn.

She was also listed as holding that qualification and title in the university's 2008 and 2009 printed staff lists, and has been referred to as Dr in some official documents and funding applications since 2007.

Regarded as capable and hard-working, Ms Hartshorn was being groomed for greater responsibilities within the university. Information supplied to the ODT shows a possible career path to a senior role within the Dunedin Multi-disciplinary Health and Development Unit and a professorship within 10 years.

The person who approached the ODT about the matter said this was not only because Ms Hartshorn had inflated her qualifications but because of the belief the university had known about the issue since May or June and was trying to "sweep her actions under the carpet".

The informant provided written evidence which showed Ms Hartshorn's title "magically changing" recently from Dr to Ms on university material on the internet.

One was a press release first issued in November 2007 which described her as Dr Hartshorn but which was recently altered on the internet to read Ms Hartshorn, although the date and all other wording remained the same.

Several people who have had close contact with Ms Hartshorn since she arrived in Dunedin all said when approached they regarded her as a person of integrity.

Initially, they found it difficult to believe she may have exaggerated her qualifications, but as the weeks progressed and Ms Hartshorn became aware the ODT and the university were investigating, she fronted up to her employer and to at least two of the organisations she is involved with.

Science festival chairman Mike Harte said Ms Hartshorn told him she did not hold a doctorate. He did not say when the conversation took place. Asked how it had gone, he replied: "OK". Ms Hartshorn had outlined "a chain of events surrounding her studies at Cambridge" but would not elaborate.

Ms Hartshorn was still a member of the festival committee, he said. Mr Harte said he had no further comment to make about whether she would remain on the committee until after the committee had met to discuss the issue. He did not know when that would be, saying no special meeting had been called.

Last month, Ms Hartshorn was listed as Dr Hartshorn on the festival website; by yesterday her title had changed to Ms. Mr Harte said he was not aware the change had been made and did not know who had made it.

Dame Elizabeth asked the ODT to go easy on Ms Hartshorn, saying the fact she did not hold a doctorate was "a storm in a teacup" created by "someone going to the press causing problems".

She said Ms Hartshorn had done a "brilliant job" as festival director.

"She was employed because of her skills... in science and event management. She has certainly shown great abilities with the festival and with other organisations she is involved in."

Yellow-eyed Penguin Trust general manager Sue Murray said she had been told Ms Hartshorn did not hold a PhD.

She said Ms Hartshorn was still the trust's chairwoman - her qualifications had no bearing on her position on the trust.