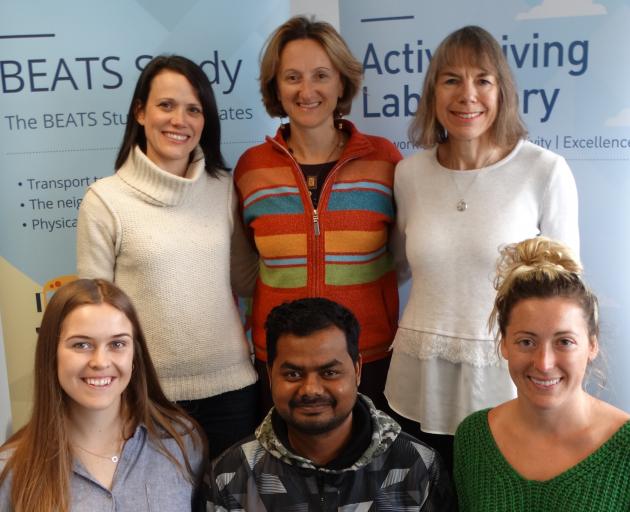 Using a community-academic research partnership, the Built Environment and Active Transport to School (Beats) research team is working to break down barriers for active transport to school, and contributing to national and international research on physical activity.

Led by Associate Prof Sandra Mandic since 2013, the Beats Study team has been working with the Dunedin City Council, all 12 Dunedin secondary schools and 11 out of 15 rural Otago secondary schools, reflecting the wide support and value of the programme to the local community.

Prof Mandic welcomed the award, which comes with $5000 of funding which will go towards the next Beats Study public symposium - to be held in February, 2020.

"As the research leader, I'm delighted by this award - it is real recognition for the work of many people over the years,'' she said.

"There is broad ranging expertise in the research team, including academics around the world, who have generated an extraordinary range of analysis.''

The study had also influenced policy and planning locally and nationally, she said.

Along with generating 17 peer-reviewed journal articles and 39 technical reports, findings from the Beats research have been used by multiple government agencies including the Ministries of Health and Transport and the NZ Transport Agency.

This year, the Beats Study has also received a Health Research Council project grant to examine the effects of the cycling and pedestrian infrastructure changes on Dunedin adolescents' active transport to school and associated physical activity levels.

Prof Mandic said in the context of a world facing a climate change, the work of the Beats Study team was "hugely relevant''.

The team worked closely with stakeholders to ensure its findings were useful for the local community, and could be used to inform future policies and planning, she said.

From initial research involving Dunedin high schools, and then its expansion to include rural schools, the Beats research project team is now preparing for Beats 2 - a return to Dunedin schools to create a second data set for comparison.

Beats 2 study co-ordinator Kim King said schools had responded positively to the news that the research team would return next year.