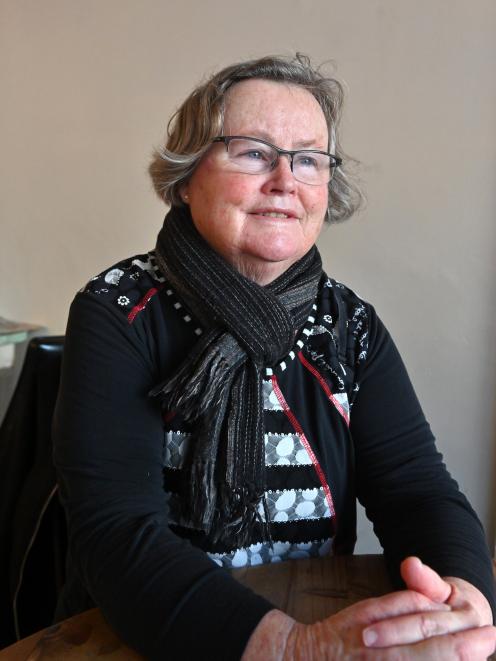 Just over 12 months ago ago, Lorraine Lobb was leading the massed ranks of New Zealand Nurses Organisation members on marches around Dunedin Hospital, as the union staged its first national strike in 30 years.

It was an unfamiliar front-line role for a unionist who in her years representing nurses has preferred to resolve disputes at meetings, rather than from the street, through a megaphone.

"We have to do a lot of work in the background to effect change, and it does require that the union and the district health board work together," Ms Lobb said.

"I have always believed that the NZNO has a good relationship with the DHB, and in particular the nursing leadership, so if we do have a problem we can get hold of them on the phone straight away and talk to people ... we try to deal with them personally, and that is a whole lot of work that is not seen.

"We're not another arm of management ... but if the relationship [with management] is not good, then the outcome for the workers is not good, either."

Ms Lobb began nursing in 1971 and became a union delegate in the late '80s, before graduating for a full-time organiser's role in 2003.

"Some of the issues that are around today, such as staffing, were certainly around back those days, and my aim was that working from the outside but knowing how the work was and how nurses think, that I might be able to assist, and I've done my best to do that."

Safe staffing levels and fair pay had been the main issues for nurses throughout her time as organiser, Ms Lobb said. A decision by the Southern District Health Board in 2014 to not hire nursing graduates was a case in point.

"We didn't call it a strike, but we had a two-hour stop-work meeting which brought all our members out of the woodwork and got the attention of the CEO at the time.

"We did have some success because we got the grads back, but our members would probably say things haven't improved regarding staff levels."

Last year's NZNO strike was in support of safe staffing levels, and resulted in the Government brokering a safe staffing accord between the union and DHBs.

Ms Lobb has been involved with the SDHB's efforts to honour that agreement, and has said that good progress is being made.

However, current staff levels meant nursing was a very different job, compared with when she was on the wards herself.

"Nursing has changed. I don't think you ever get enough time to have a proper conversation with a patient now.

"The average length of stay is only four days now, and you can hardly get in and make yourself known to a patient because they are here one day and gone the next, and our members say it is just run, run, run."

Lorraine Lobb was a key figure as New Zealand Nurses Organisation members took part in a strike outside Dunedin Hospital last year. PHOTO: GERARD O’BRIEN
One of Dunedin Hospital's most intense workplaces, the 54-bed ward 3 surgical, is a part of the workplace which has kept the NZNO busy.

Concerns about staff shortages and reliance on inexperienced healthcare assistants led to the SDHB commissioning two reviews, which found proper resourcing, staffing and support were not in place before the ward opened.

"There have been some major changes, thankfully," Ms Lobbsaid.

"When it was set up we advised at the time that it wouldn't work - and it didn't - but they tried to make changes quickly, within a six month period.

"Ever since then, and as recently as within the last few weeks, they have changed it into two pods because it was too big to have one roster covering the whole area."

The wider issue of workplace culture at the SDHB has been highlighted by several independent reviews in recent years of individual departments and services.

"I've only dealt with one real issue of bullying by a manager, and it affected three or four people, one of whom wasn't one of our members, but it was affecting them so badly that they could have made mistakes ... there was an investigation and that manager no longer works for the DHB," Ms Lobb said.

"The DHB has said what it is doing to try and fix the culture, but the problem is that our members are the ones that do the physical nursing and if they leave the ward for a couple of hours to do a course or listen to people talking about workplace culture and behaviour, there is no-one actually looking after the patients.

"That's a problem, because nursing is well-known for its horizontal bullying - that's a well-documented thing - and I think it's because not only do they have to look after the people in the beds but they have to look after the other staff and the graduates and sometimes communication can be a bit fractious ... but I don't think that it is acceptable to be yelled at.

Ms Lobb (65) will start her retirement with a holiday in the United States.

Next year, she will look for a volunteer role, and expects to continue her active involvement with the Labour Party.