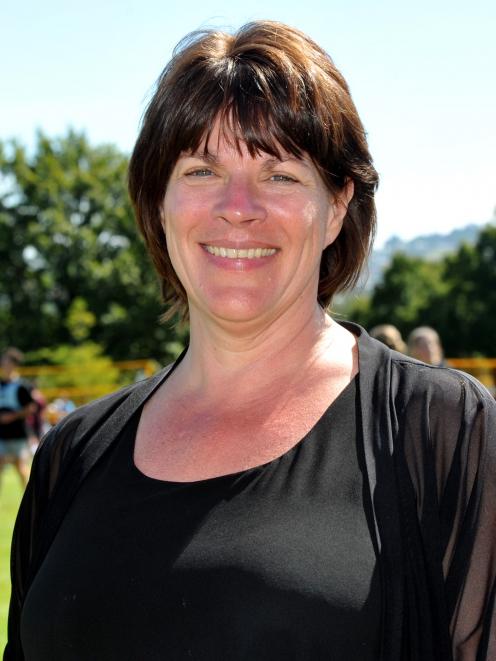 Tradition flows through every aspect of academic life at the University of Otago.

From its tradition of academic firsts - it was the first New Zealand university to produce a Rhodes scholar and a female law graduate - to its tradition of extracurricular activities, such as scarfie culture and the Toga Party, the institution prides itself on history and ritual.

And this year, University of Otago vice-chancellor Prof Harlene Hayne has added to the rich tapestry of its tradition.

The inaugural University of Otago convocation ceremony was held earlier this week and will now form part of O Week annually.

The reason for the ceremony was as much symbolic as it was academic, Prof Hayne said.

''The convocation is part of a growing emphasis on communicating to students very early in their time at Otago about the importance of academic excellence,'' she said.

She was clear that the expectations were not new, simply the approach to articulating them was.

''We just haven't been as explicit in explaining that focus to the students at the beginning.''

The top 10 universities in the world - all of which are based in the US and UK - held convocation ceremonies which broadcast the academic expectations to their incoming students. And now Dunedin has joined them.

She made no apologies for the expectation placed on students and was emphatic that ''our aspirations for them are very, very high''.

''We have over 80 dux starting with us this year and 400 dux across the whole university. It's a very academically able group,'' she said.

However, as many of the students were leaving home for the first time, life - social and academic - could be challenging, to say the least.

Prof Hayne recognised that and this year marked the beginning of a new approach to integrating students into university life.

''The other thing we are trying to do a little bit better this year is help students to understand the transition from high school to university,'' she said.

''The research literature on the transition to university shows quite clearly that the first-year experience is one of the most important factors in determining the long-term success of a student's academic career.

''We have spent quite a bit of time looking at what the literature tells us about how to help students with the transition.''

The Otago University Students' Association was also focused on the issue.

Resources were being devoted to helping first-year students and strategies being developed to better enable them to acclimatise to the struggle of tertiary study.

''A lot of the parts are already present; each one of these residential colleges has their own tutorial programme,'' she said.

Prof Hayne was not interested in the debate about whether high school adequately prepared students for tertiary education, although ''there's probably some foundation'' to the argument.

Instead, Otago University was taking the impetus and putting the onus on itself to get students through the transition.

''Nothing has really changed about the world. We have just started recognising the difficulty.''

As part of that approach, academic staff were expected to ''grow tall poppies'' and engulf themselves in tradition of the university.

''One of my challenges that I have issued for academic staff this year is to familiarise themselves with all of the amazing things the University of Otago has achieved,'' she said.

''We want to highlight the huge level of depth in so many areas - it's truly spectacular what's already here.''

The reasoning was if academic staff took greater pride in the whole university, so too would students.

But the current intake was well-placed to meet, if not exceed, expectations, she said.

''If you stand here and listen, these people have just met,'' she said, motioning her hand at the first-year students engaged in College Sports Day.

''You have to give them a lot of credit for what they are trying to achieve. In a span of a few days, they are hanging out as if these are their lifelong friends and, in reality, they are.''