Ray Collins was just coming to the realisation his Dunedin roadworks doco may not be as interesting as he first thought.

The former TVNZ cameraman and film-maker spent months working on the documentary, and hoped it would be a great education resource for preschoolers.

Unfortunately, it failed to take off, so he put it on YouTube instead.

Now some of that video footage is giving Dunedin major exposure overseas after being turned into a new music video for one of the United Kingdom’s most popular bands — Dry Cleaning.

"I almost flagged it away as a lost cause and I nearly deleted it.

"I gave it to them because it’s sat on YouTube for months and months and years and years, and they said they would send me a copy of the album when it was done. 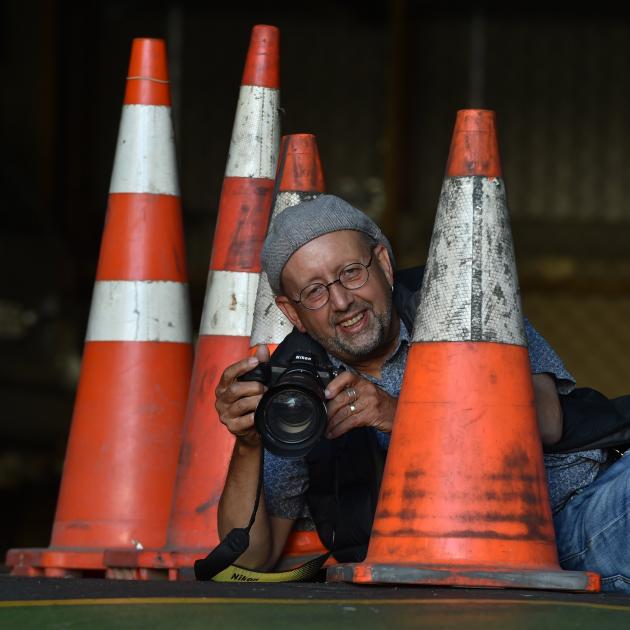 Dunedin cameraman and film-maker Ray Collins is thrilled after footage from one of his documentaries was used for a music video by popular British band Dry Cleaning. PHOTO: GREGOR RICHARDSON
"I thought they were just a start-up band. I didn’t realise how popular they are."

Dry Cleaning is an English post-punk band, formed in South London in 2018, and is noted for its use of spoken word in lieu of sung vocals.

"I had been in contact with the band and their management team about making a video that used the aesthetics of classic video game glitches," Visconti said.

"Licensing actual video game footage is kind of a legal minefield, so we opted to go with live video footage instead, where I converted Ray’s documentary into a legacy 32-bit media format, and glitched it by doing real-time corruptions that insert random bytes into a video file as it plays."

Visconti said Strong Feelings was a love song about a physical separation caused by Brexit and the Covid-19 pandemic.