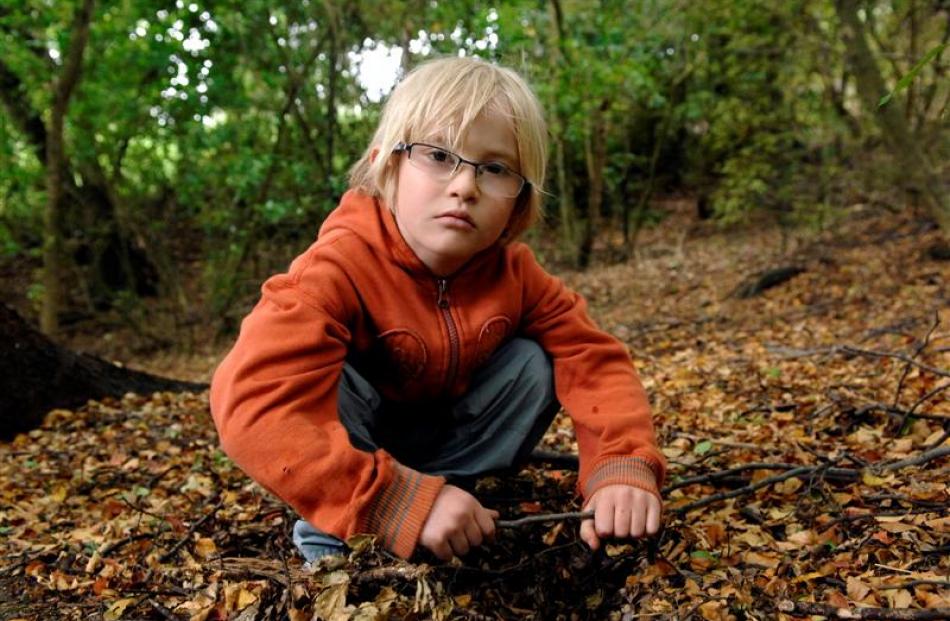 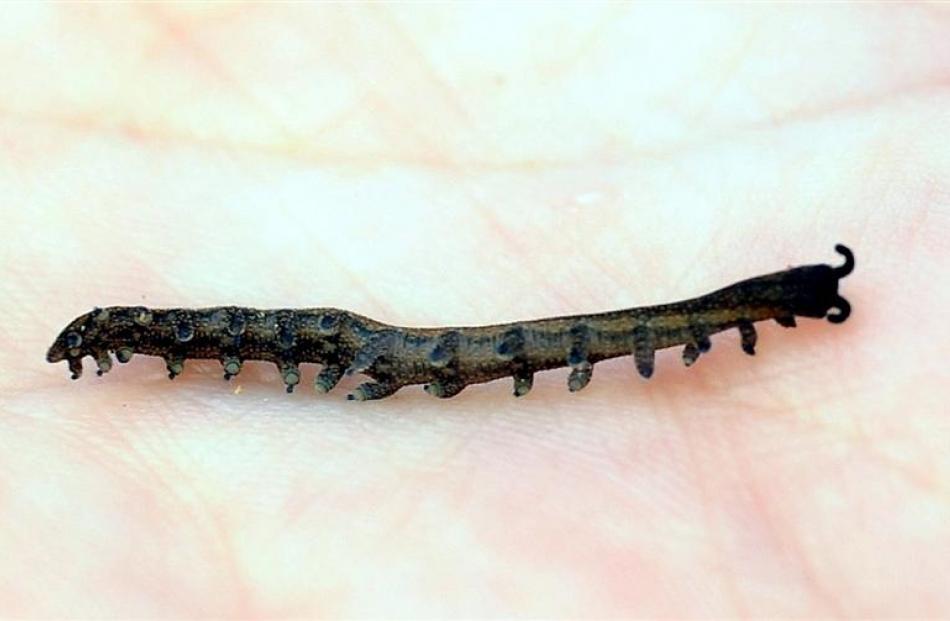 It may be a slow-moving, living fossil, but the peripatus worm species successfully evaded Dunedin Botanic Garden staff for many years until Harry Byrne picked up a log this week.

The George Street Normal School pupil was identifying insects at the garden with a group from his class on Wednesday, when he "picked up a rotten log and it snapped in half".

Out of the log came the velvet worm, a small caterpillar-like invertebrate often referred to as the "missing link" between worms and arthropods, which he thought was "cool".

"I just picked it up and tried to find some more," he said.

Dunedin Botanic Garden New Zealand native plant collection curator Shirley Stuart, who was with Harry at the time, was "absolutely rapt" when she saw it.

"He held up a handful of insects and among them was this little beast, and I thought 'I know what you are'. I've known about peripatus for nearly 20 years and, although we've thought we had the right habitat for them at the garden, I've never come across one before," she said.

The worm was in the news earlier this year when the New Zealand Transport Agency wanted to buy land occupied by the species for a $49 million project to widen the Caversham highway.

"Potentially, people don't realise what they are when they find them. It would be pretty cool if people did start looking for them and we found that they are actually abundant," Miss Stuart said.

It created a "whole new opportunity" to build on the stories and interpretations it provided for visitors.

The worm's location, however, would be a closely guarded secret.