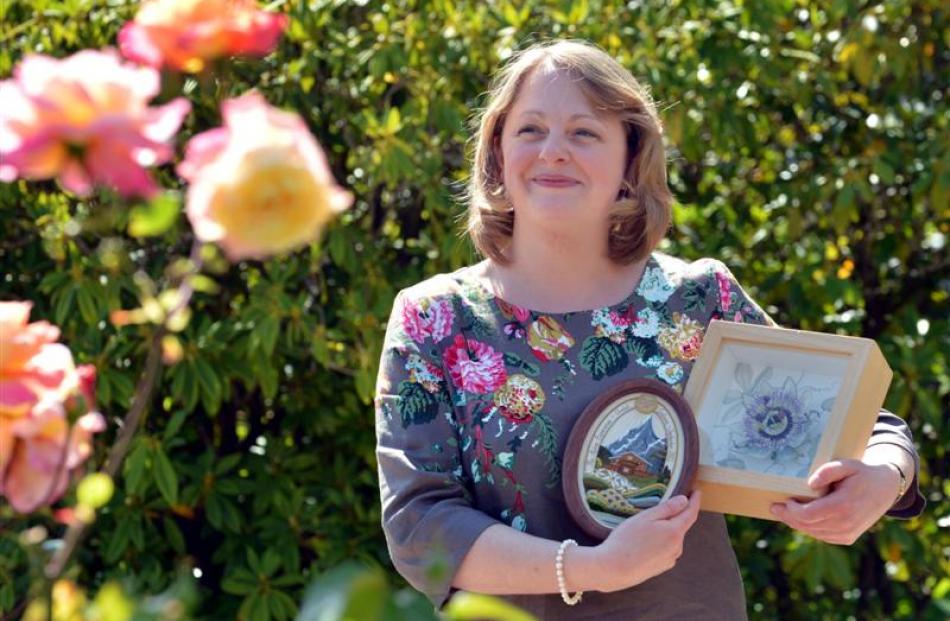 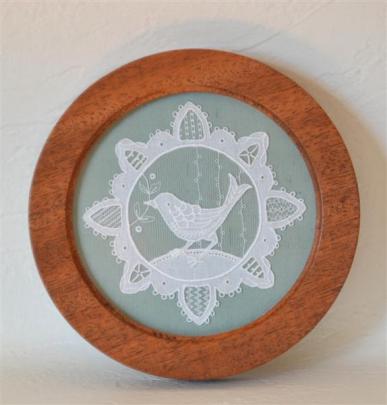 Another example of her work, Carrickmacross, the type of lacework that inspired the work on the Duchess of Cambridge's wedding dress. 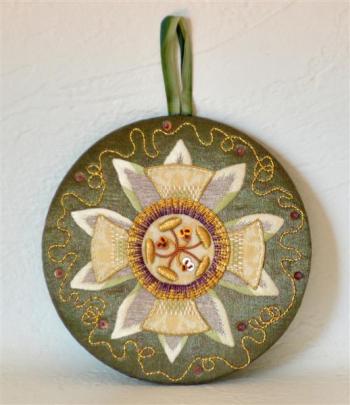 The windows were covered over and the keyholes blocked while a team of specialist embroiderers worked ''vast hours'' on delicate lacework which was to end up on Kate Middleton's wedding dress.

One of those embroiderers, Jenny Adin-Christie (36), is in Otago at the invitation of the Otago Embroiderers Guild to help celebrate the 30th anniversary of the Wanaka Embroidery School this weekend.

She described the experience of working on the Duchess of Cambridge's dress as ''fairy-tale'' despite the backbreaking, intricate needlework.

''It was absolutely magic to have been part of it. The whole world wanted to see what the dress was like and we were working on it.''

The work was done in absolute secrecy, to the point they did not know who the designer of the dress was until the day before the wedding.

''I could not even tell my husband.''

She was invited to work on the dress as she was a graduate of the Royal School of Needlework's intensive three-year apprenticeship programme, which only accepted six people a year but had since ended.

Mrs Adin-Christie, who has been stitching since she was 5, went on to teach at the school for 10 years before leaving to do freelance work, which included everything from couture embroidery, to large panels for schools, to embroidering the royal arms on a pair of gloves to be given to the new Lord Chief Justice.

''I'm always a bit snowed under. Embroidery has taken me to Australia last year, New Zealand this year. I've taught in France. It's amazing. Really busy.''

She had worked on curtains for Covent Garden's Royal Opera House, altar frontals for Canterbury Cathedral and an album cover for Sir Paul McCartney.

There had been a resurgence in interest in embroidery along with other homecrafts since the recession, she said.

Mrs Adin-Christie will teach embroidery classes at the Dunedin Art Gallery today and tomorrow before travelling to Wanaka to take part in the two-day school. She will then return to Dunedin to take further classes.