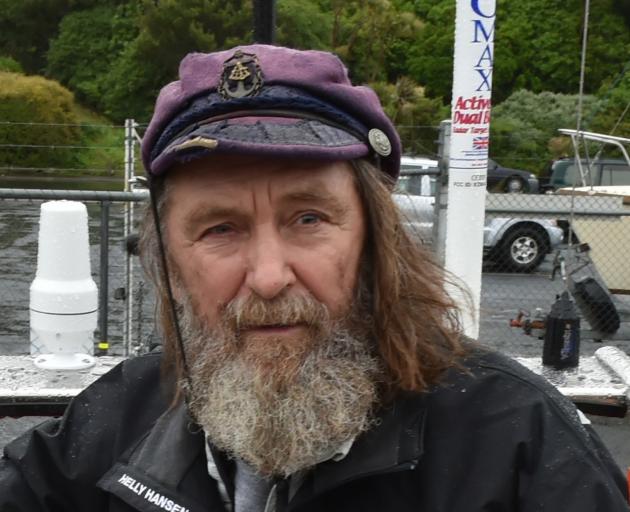 This afternoon, the International Ocean Rowing Society confirmed Mr Konyukhov was within the vicinity of land, and had crossed the "finish line" of the Diego Ramirez Islands, situated at longitude 68.68W.

"With this, he has officially completed his row across the South Pacific Ocean from west to east," a society spokesman said. 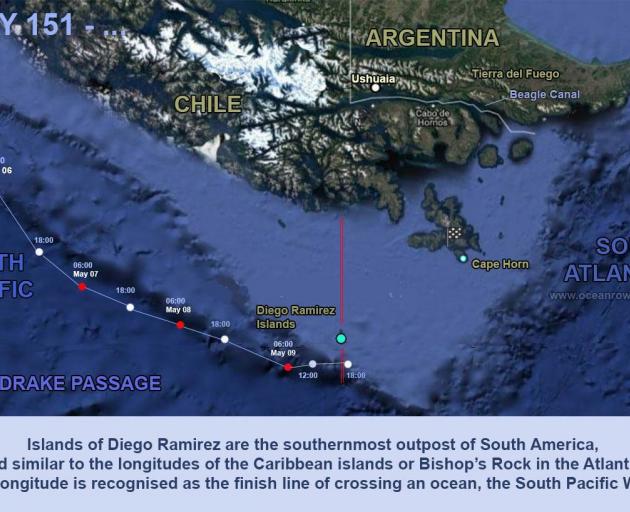 Russian adventurer Fedor Konyukhov has officially completed his journey across the Southern Pacific Ocean from Port Chalmers to Cape Horn, Chile in the row boat Akros. Photo: Supplied
The 67-year-old was greeted at the Diego Ramirez Islands on the southern tip of Chile by a flotilla of support vessels and is now being towed to the mainland.

The journey is just the first of three legs in his 27,000km journey around the world in his specially-built row boat.