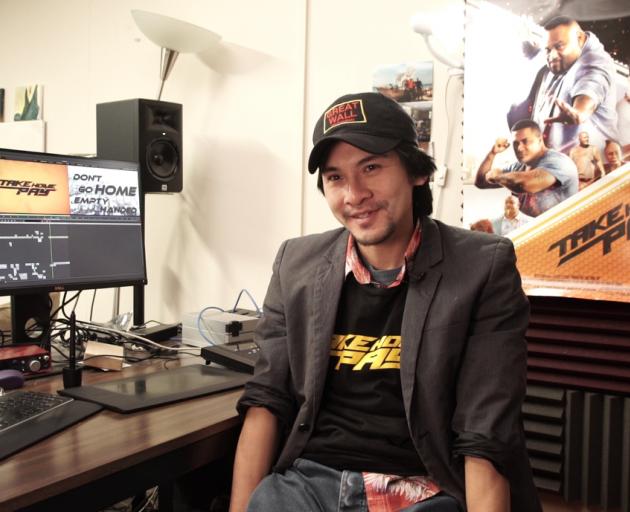 Jack Woon shot the scenes in Auckland and Samoa and described Take Home Pay as a Samoan action-comedy movie.

The 34-year-old, who grew up on a cinema diet of '80s and '90s action films, said he put it together with a love of the action-comedy genre.

The film's writer-director Stallone Vaiaoga-Ioasa is based in Auckland, but distance was not a problem for the Dunedin-based editor, thanks to the power of the internet.

"Because Stallone and I have worked together for so long, we sort of know each other's instincts and I kind of understand what he wants.

"He sort of just leaves me at it and I send him cuts once in a while."

The film stars Tofiga Fepulea'i, who shot to fame in comedy duo The Laughing Samoans, and Mr Woon was pleased the film's humour went down well at recent premieres.

"It's a film that crosses boundaries, because my parents went and saw the film and they're from a Malaysian background, and they loved the humour.

"It's a universally funny film, so it's not just for a Pacific island audience."

This is Mr Vaiaoga-Ioasa's third self-funded feature, and Mr Woon said it explored themes a lot of New Zealanders would find familiar.

"We all came from a migrant background, and it is a film about seasonal work and coming to a new country to work for your family, which is exactly what my parents did when they came to New Zealand."

Take Home Pay started public screenings on Thursday, in some of New Zealand's main centres, as well as Tokoroa and Porirua.

Dunedin cinema-goers will have to wait until tomorrow to see the movie.

- By Rudy Hueting and Tom Neunzerling