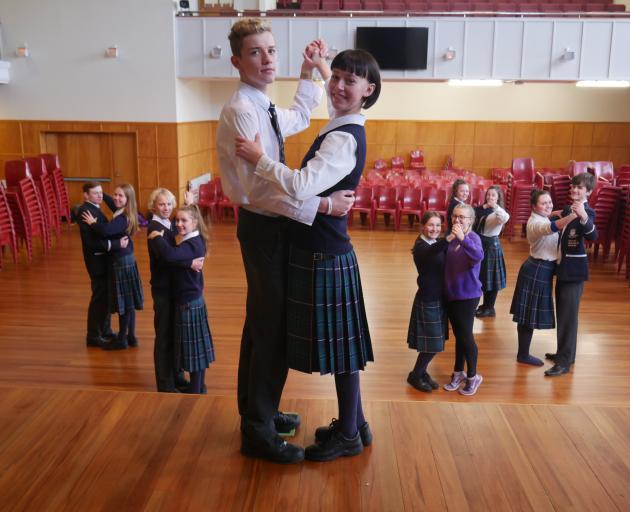 The story follows dancer Scott Hastings, played by Elijah McDonald (16), and Fran, played by Robyn Sparg (16), as they prepare compete in the Pan-Pacific Championships.

Director Nick Tipa said the film was one of his favourites and it would translate well on the stage.

"We have really got a great crew of kids this year, so we wanted to try something more interesting and potentially challenging,'' he said.

"Everything is larger than life, over-the-top.''

Learning ballroom dancing was a challenge but many of the cast members had a background in dance - jazz, contemporary or hip-hop - which helped, he said.

"We have a group of very talented choreographers working with us this year.

"Learning those new skills and those new techniques has been a big challenge but the kids have really risen to it and they're doing some really awesome work.

Tipa, a ballroom dancer, has directed two of the schools' previous productions.

Previously, the cast had been large - about 70 and 50 people respectively - which was difficult, so he wanted a smaller cast for this year's show.

"This cast is a really good size for the stage we're working with and for the sort of show because ... every ensemble actor gets to have a couple of dances that they can call their own

There were more dances with 10-12 people than full-cast dances, he said.

The production was a mixture of teenage angst and the glitz and glamour that went with ballroom.

"It's shaping up pretty well.''