Science and art blend in exhibition for festival 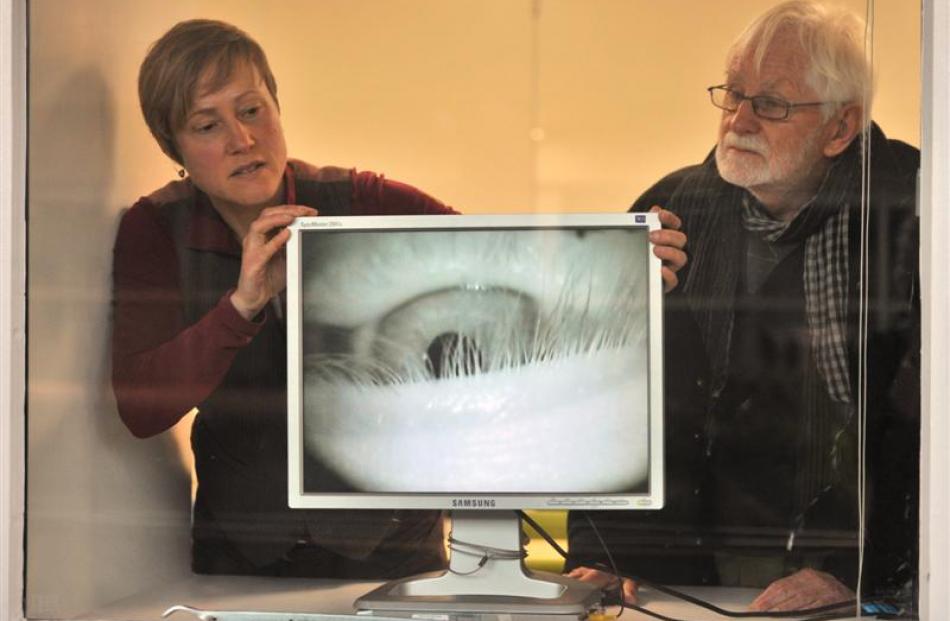 Artist Becky Cameron installs her video artwork, The Curious Eye, under the watchful eye of ''Art and Anatomy'' exhibition co-curator Peter Stupples in the University of Otago Hunter Centre. Photo by Linda Robertson.

You could say it is an interesting body of work.

An unlikely alliance between anatomy scientists and artists is on display in Dunedin.

''Art and Anatomy'' is a collaboration between University of Otago scientists, Dunedin artists and Dunedin School of Art students and staff.

''The artists worked with the scientists for eight months, watching what they were doing in their research and responding to that,'' co-curator Peter Stupples said.

The exhibition was conceived last year by anatomy department senior lecturer Dr Ruth Napper, to dispel the myth that science and art were polar opposites.

''This project has been very popular with the artists and the scientists. A lot of the people who were involved last year have returned this year,'' Mr Stupples said.

''Scientists often work in a very narrow area and they don't get to see their work in a broader context.

"The artists force them to and they get a lot out of that. Some of the artists and scientists became good friends and were meeting regularly.

''We had a debriefing after last year's exhibition and the scientists all said how much they got out of it.''

The scientists produced an art book for this year's exhibition, after being taught printmaking techniques by artist Lynn Taylor.

The project had also been an eye-opener for the artists, Becky Cameron said.

''I've just finished a degree in visual arts, but I realised through this that I didn't actually know a lot about vision, or how it works,'' she said.

Her artwork, The Curious Eye, was based on research with an eye motion tracking camera by School of Physical Education scientist Dr Chris Button.

The exhibition is part of the 2014 New Zealand International Science Festival, which is on in Dunedin from July 5-13.

''Art and Anatomy'' is on at the University of Otago Hunter Centre until July 11. 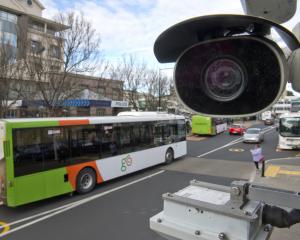