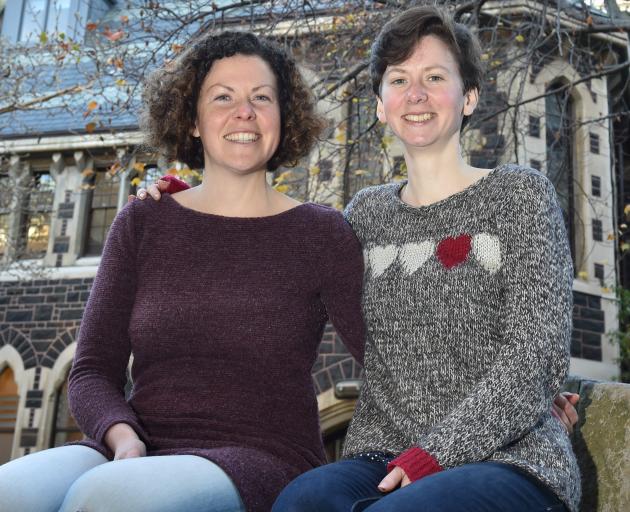 Sisters Dr Cathy Cole (left), of the Centre for Science Communication, and geology postdoctoral fellow Dr Rosie Cole. PHOTO: GREGOR RICHARDSON
So far away and yet so near.

During last year’s Covid-19 lockdown, English-born Dr Cathy Cole, a lecturer at the University of Otago Centre for Science Communication, did not have to look far to find a sympathetic family member.

Her also English-born sister Dr Rosie Cole has been working as a postdoctoral fellow in the Otago department of geology, after earlier gaining an Otago PhD in geology.

Although the sisters are united by a curiosity about, and passion for, the natural world, being together at Otago and 18,000km from home, was never part of their grand plan.

However, in the current Covid-19 environment, they were happy to have each other, and also share their interests of running, hiking and craft evenings.

They have loved their time in Dunedin together over the past two and a-half years. Cathy says the city is a ‘‘fantastic place. It’s big enough that there’s a lot going on and it’s small
enough that it has a
community feel’’.

However, late last week Rosie left on her next adventure, to Iceland on a prestigious Marie Curie-funded fellowship to conduct research on Katla volcano, and will spend ‘‘a few years living in such a magical place’’.

She is staying in an Icelandic quarantine hotel, before undertaking research to explore the interaction between the volcano and past glaciers during cooler periods of Earth’s climate.

Between them, the pair have made three research expeditions to polar seas and 40 ascents of Mount Tongariro.

The sisters were raised in Kent, as two of six siblings, and born six years apart, and share a natural curiosity for environmental sciences.

Rosie was the first to arrive at Otago to begin a PhD in 2015. Three years later Cathy followed, later landing her ‘‘dream’’ job in science communication.

For her PhD, Rosie studied past eruptions on Ruapehu and Tongariro volcanoes when large glaciers capped the two mountains.