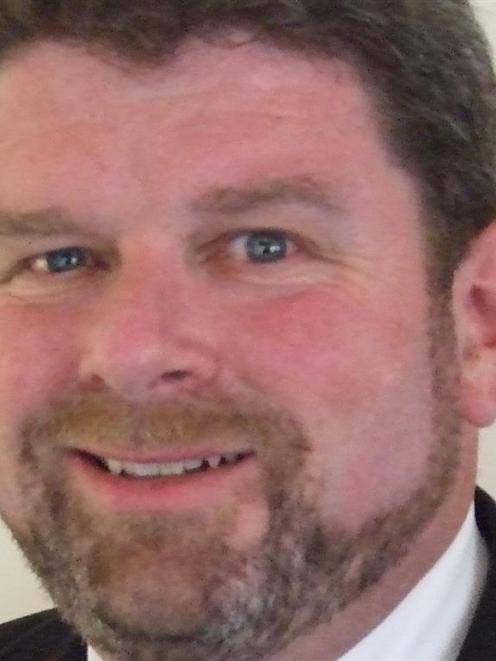 Council staff had been informed of Mr McCabe's departure and were said to be stunned by the news, a source said.

"I think people are pretty shocked. It's only been a really short period.''Mr McCabe declined to comment when contacted, but council chief executive Dr Sue Bidrose confirmed his departure.

He was "a really decent bloke'' who would leave a hole, she said.

"Losing a manager in a team is hard work.''

Staff in the council's transport department have been in the spotlight over mud-tank maintenance failings, which followed the botched roll-out of South Dunedin cycleways.

At the end of last year, some council staff voiced concerns about a "culture of fear'' inside the organisation that they said was being driven by management and resulting in the loss of key staff.

Dr Bidrose insisted Mr McCabe had a good relationship with his manager, council infrastructure and services group manager Ruth Stokes, and denied any suggestion a culture clash might be behind his resignation.

There was no doubt Mr McCabe's council role came with a bigger public profile than his former position with the NZ Transport Agency, she said.

"It is a very different kind of job, being in the public eye, and being in a department where they're trying to make change.''

She had been given no indication the extra pressure of the role was behind Mr McCabe's decision to depart, however.

Mrs Stokes said she "got along really well'' with Mr McCabe and reiterated his departure was for "personal reasons''.

"I admit the timing's not great, but you've got to do what you need to do for yourself, personally.

"He had huge strengths, otherwise you wouldn't have put him into the role, but for his own reasons unfortunately he can't stay with us at the moment.''

His departure had prompted a temporary restructure of the transport team, which was expected to remain in place for several months, until a long-term replacement was found, Dr Bidrose said.

Mr McCabe, a former council senior planner, rejoined the council on November 23 after working for the NZ Transport Agency.

He replaced Mr Ollerenshaw, who quit while on holiday in Europe last August, following public criticism of work on the South Dunedin cycleway, of which he had oversight.