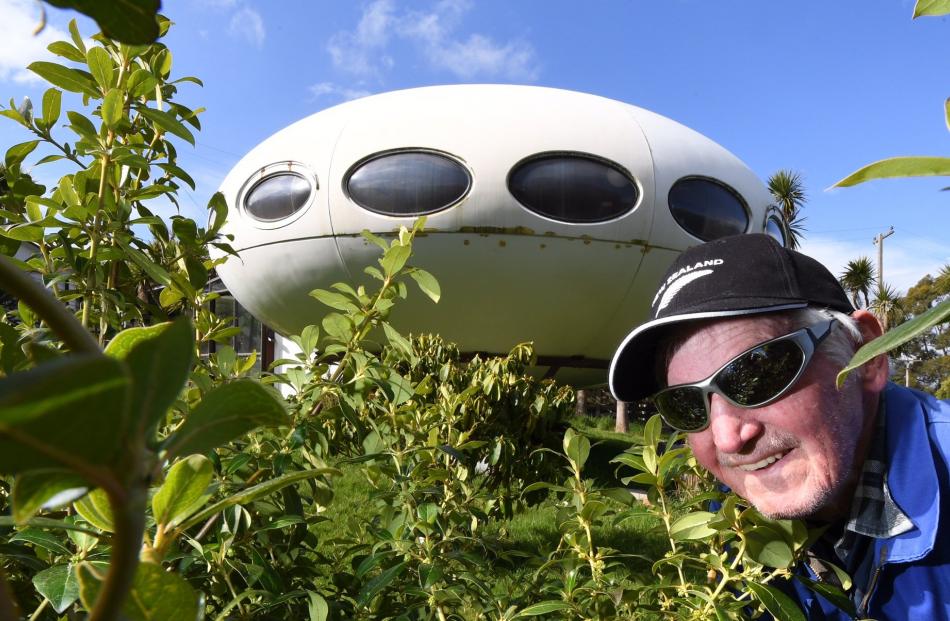 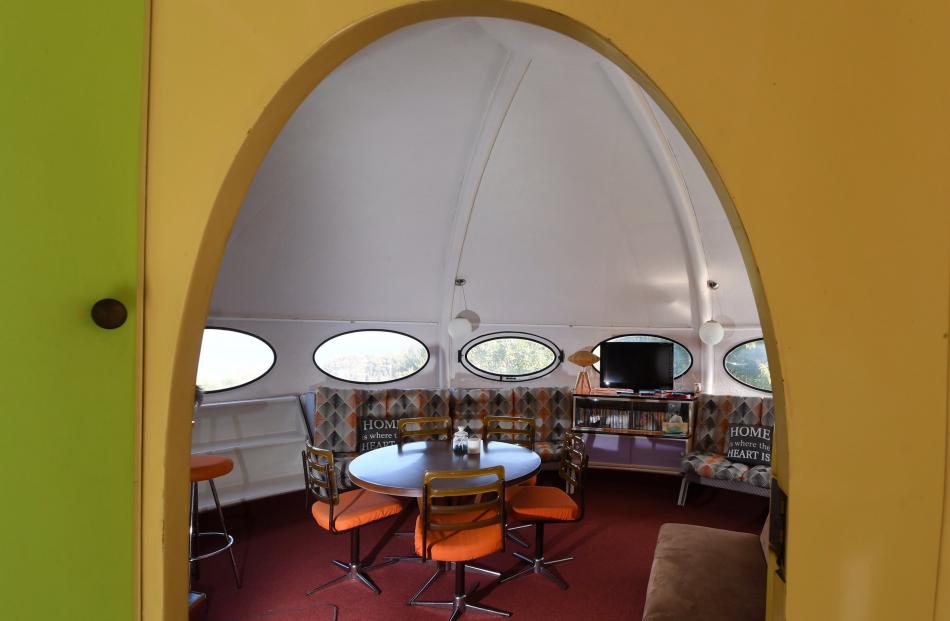 Going boldly where few have gone before.

When Juanita Clearwater put her Warrington ''flying saucer'' house on the market, she did not expect the buyer interest to be out of this world.

But almost faster than you could say ''Where did I leave my ray gun?'' or ''Take me to your leader'' an advertisement on the internet generated about 12,000 hits in about 24 hours, since it appeared on Monday.

Mrs Clearwater had been taken by surprise by the high level of interest, including from the media.

''I never realised this would become such a frenzy,'' she said yesterday.

Mr Major had earlier bought it in 2009, planning to move it to Auckland.

But it never left Warrington, and he was also a reluctant seller, who missed the special house.

The unearthly looking visitor was designed in 1968 by Finnish architect Matti Suuronen, and built under licence in Christchurch in 1972.

It may have been first used at the 1974 Commonwealth Games in Christchurch, before being refitted as a house and relocated to Warrington in 1975 where it has become a landmark.

Mrs Clearwater was born in Dunedin, grew up there, attending Moreau College, and has lived in Christchurch since 1980.

She has become a successful businesswoman and her Granny Delicious natural baking mix products are being sold in about 380 supermarkets.

She was ''gutted'' to be selling the house, but had become so busy with her mix products she was only able to get down to the saucer crib two or three times a year.

Mrs Clearwater was mindful the ''UFO House'', which has a rateable value of $205,000, had become an attraction for Warrington and she was keen for it to stay on site.

She had previously received offers for the house but had declined to sell because prospective buyers had wanted to shift the modular-design house elsewhere, including to Australia.

She wanted to ''pass the baton'' of ownership on to someone who would keep the flying saucer on Mother Earth, and in Warrington.

If she believed the saucer was likely to fly elsewhere, she could decide not to sell after all.

Some nearby trees had been cut back, allowing the striking-looking house to be more clearly seen again.

Over the years, there had been international interest in it.

The house was a work of art and ''should be on show''.

''Actually it looks as if it's about to take off.''