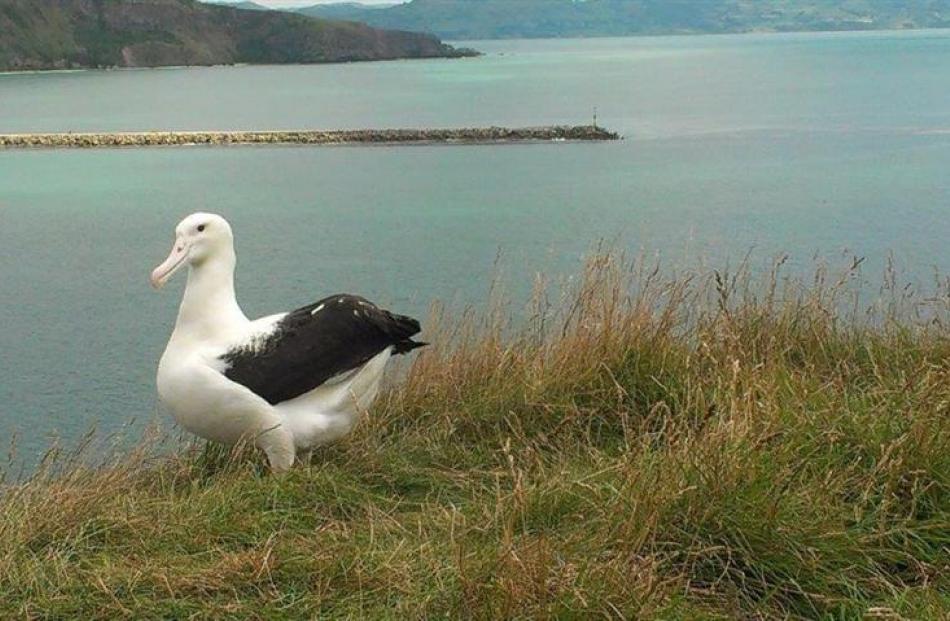 Seven years after he headed into the world, Taiaroa Head's 500th albatross chick has returned.

Staff at the royal northern albatross colony had almost given up hope Toroa (the Maori word for albatross) would return.

Department of Conservation ranger Lyndon Perriman said most royal northern albatross fledglings returned from their journey to their South American feeding grounds within four or five years, six at the outside.

''When you get past year six, you start to think it does not look good.''

He had initially been confident Toroa would return after a tracking device put on him and three others had shown he was still alive and feeding off the coast of South America 12 months later.

But doubts surfaced when he had not returned after five years.

Neither of the two other birds had come back.

Toroa had now been given new bands - lime, orange, green or LOG - and had returned three times to the colony in the past fortnight.

''He's found some unattached females and had a bit of a chat to them,'' Mr Perriman said.

Taiaroa Head manager of operations Hoani Langsbury, who in his former role with Otakou runanga was involved in naming Toroa, said they had wondered at the time as to the wisdom of naming just one bird given the uncertainty of its future but believed their ancestors must have said a prayer at the time.

Mr Perriman said Toroa was expected to return to the colony for the next few summers socialising before finding a mate.

They would then separate from the ''gang'' to ''cuddle up'' before coming back to breed on that spot the next season.

Toroa had a ''royal'' pedigree, as a descendant of Grandma, one of the early birds protected by colony founder Lance Richdale in the 1930s.

Grandma's son, Button, was Toroa's father and both his parents were still breeding at the colony, but they did not interact.

''His dad was one of the most aggressive birds. All three of us have scares from him so we hope Toroa has not followed him. So far he seems quite relaxed.''

Twenty-four chicks had hatched successfully this year and none had become flyblown.