Showcase to reveal more than expected 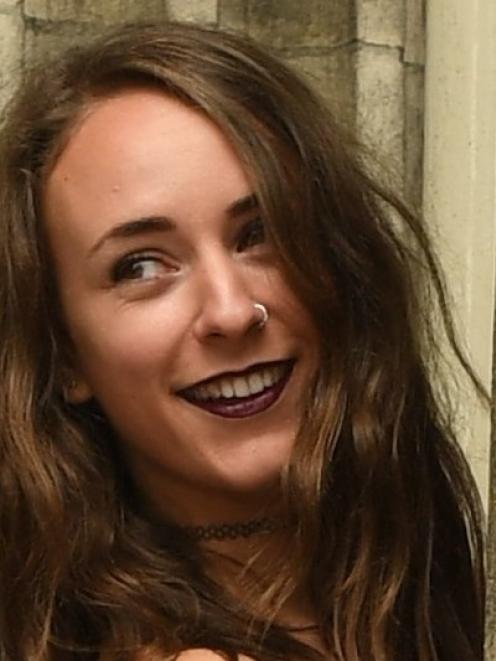 Maddie May. Photo: supplied
A snapshot of what is to come, is not all that will be revealed, at the Dunedin Fringe Festival's opening night next week.

The Dunedin team of performer Maddie May (23) and director Jordan Dickson (23), whose show How to be a Stripper features in this year's line-up, promise to bring a "cheeky'' slant to the showcase.

The variety concert will be held at 7.30pm on Wednesday and feature short acts from various festival shows.

Ms May's autobiographical Fringe show follows her personal journey exploring sexuality from a young age, through her time at a Catholic school, to finding her place at a strip club in Dunedin.

It will be held at Stilettos Revue Bar, where Ms May has worked occasionally, for two years.

Ms May said she hoped the show would normalise stripping.

"Basically, I want to let people know that we are people, too. We are the same as everyone else.''

In an unusual twist, Ms May took a year off recently to act in children's shows in New Zealand and Australia.

"I find the over-the-top nature a bit similar, a bit heightened. In different ways, obviously.''

She was trained from a young age in various forms of dance.

Both Ms May and Mr Dickson were both involved in last year's show Queen, for which the latter won the outstanding emerging talent award.

Festival director Gareth McMillan said the showcase would be a two-hour variety performance celebrating the diversity of festival talent.

It would include snippets from other featured shows such as Aunty and Elemental and would be hosted by comedian Te Radar and former MP Metiria Turei.

As of yesterday, there were 91 artist-produced events at the 12-day festival, up from 72 last year.

"So, one thing I'll say about this year is that it's huge. More performers obviously means a more diverse selection of events to choose from.''