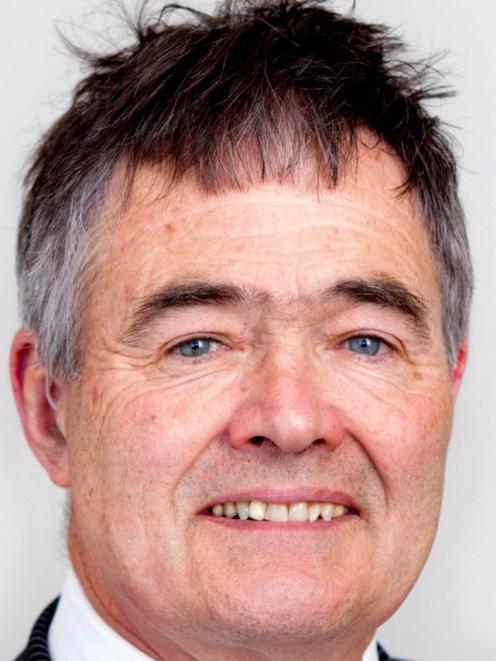 Dave Cull
Dunedin stands to benefit from a flurry of diplomatic activity on the world stage, Mayor Dave Cull says.

Mr Cull made the comment after returning home from a recent two-week trip to Edinburgh and Otaru, Japan, and then playing host to a high-powered visiting delegation from Shanghai.

Mr Cull, Cr Neville Peat and council arts community adviser Cara Paterson spent a week in Edinburgh from July 29, before Cr Andrew Noone replaced Cr Peat for the trip to Otaru, from August 6 to 12.

Mr Cull said the Dunedin delegation's trip to Edinburgh aimed to revitalise the relationship between the two cities on the 40th anniversary of the signing of their sister cities agreement.

The trip, at the invitation of the City of Edinburgh, coincided with the Edinburgh Festival, when the city's population ''doubled'' to one million, Mr Cull said.

Dunedin was vying to become one of a handful of cities worldwide to secure that status, which would help build its reputation as an arts and culture centre, Mr Cull said.

What had been achieved in Edinburgh offered lessons for Dunedin, including for its own arts festival.

''Edinburgh has redefined itself as the festival city of Britain, if not Europe, and events and festivals bring it an enormous economic benefit.

''We could learn a bit from Edinburgh and how they've done it.''

The trip also included discussions about potential collaborations between the two cities' arts and cultural institutions, which would be pursued, although details could not yet be divulged, he said.

''There are specific expressions of interest in collaborating with various institutions here.''

In Otaru, talk turned to expanding links between their city's University of Commerce and the University of Otago, which were already productive but could be enhanced, he said.

Otaru's museum had also raised the prospect of exchanging exhibitions with Dunedin's museums, while Otaru's marine research centre wanted to collaborate with the University of Otago's, he said.

The Japanese city was also grappling with issues - including an ageing population and traditional industries that had ''faded away'' - which Dunedin could learn from, he said.

Mr Cull and Cr Noone returned to Dunedin in time for the visit by members of the Shanghai Municipal People's Congress, headed by standing committee vice-chairman Xue Chao, from August 19 to 21.

Mr Cull said talk during their visit included sending a ''technical team'' to Dunedin in the future, to learn more about the city's environmental and waste minimisation practices.

Earlier, the trips came under attack when Cr Lee Vandervis described them as part of a council ''culture of entitlement'' with questionable benefits.

Mr Cull told the ODT the council's costs - at less than $20,000 for Edinburgh and Otaru - were ''very modest'', and the trips were not junkets.

Costs for the Shanghai delegation's trip to Dunedin were not yet available, but also believed to be modest.

''In Edinburgh, we got time to see the Tattoo and one show. The rest of the time it was wall-to-wall meetings,'' Mr Cull said.

The benefit to the city was more than just ''monetary value'', and included enhanced links between the cities' institutions, which gained an ''enormous amount of value'', he said.

''None of that would happen if it weren't for the sister city relationships.''