Skiers at Glenorchy 'dicing with death' 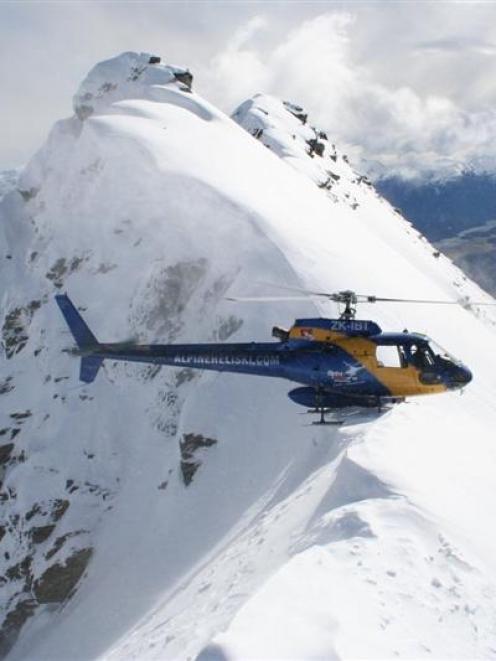 The incident occurred on Temple Peak in the Richardson mountain range near Glenorchy.

A man in his mid-30s was buried under about 2m of snow after the party was struck by an avalanche at 3.50pm yesterday.

The New Zealand Mountain Safety Council's website, avalanche.net.nz, said the risk of avalanches in the area was "considerable" and "human-triggered" avalanches were probable.

It said back-country skiing and travel should be carried out only by experienced persons able to evaluate avalanche hazards.

Dunedin Search and Rescue Senior Constable Rene Aarsen said the warnings were there for good measure and if people did not heed them, they would end up suffering the consequences.

"You can't restrict people from going in there, but it's irresponsible if there are warnings out there - especially given the recent weather.

"Walking around in avalanche country is dicing with death.

''It's not only putting yourself at risk, it's the rescue people involved who are also put at risk."

Sergeant Brian Cameron of Queenstown police said the man was pulled from the snow by his companions after "a period of some minutes" but low cloud hampered the initial evacuation from the mountain.

All group members were airlifted safely from the peak and taken to Lakes District Hospital at Queenstown.

The man buried in the snow had suspected hypothermia.

He is from Christchurch and believed to have been on holiday in the Queenstown region.

An Alpine Heliski van with three men in the back was spotted at the ambulance entrance to Lakes District Hospital at 6pm last night.

Asked if they were the men from the avalanche, the three men said yes, but when asked if they would talk about their experiences, they said "definitely not".

Queenstown weather forecaster David Crow said Glenorchy had been hit with an unusually big dumping of snow two days ago from a predominant westerly airstream.