Sky no limit for rocket man 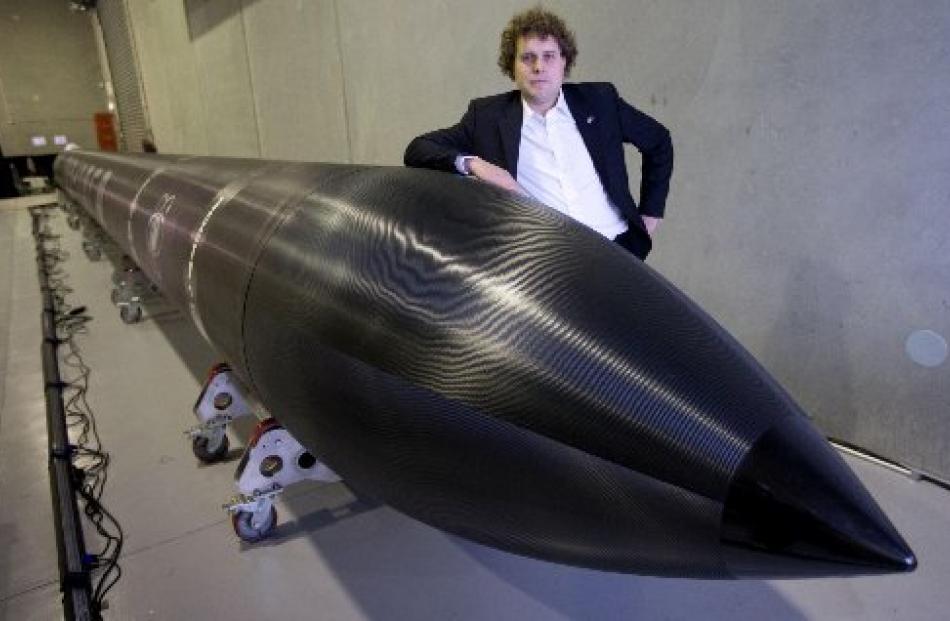 From a 140kmh rocket bike in Dunedin to the verge of a ''billion-dollar space industry'', Peter Beck has always been a man in a hurry.

Southland-born Mr Beck (37) heads Rocket Lab, an Auckland-based venture that is building a world-first launch vehicle to make it cheaper to send satellites into orbit.

The carbon-composite rocket will cost less than $US5 million ($NZ5.84 million), compared with the average price to send a satellite to space of $133 million.

Mr Beck, whose company has been backed by top-tier Silicon Valley company Khosla Ventures and Stephen Tindall's K1W1 and received a $25 million grant from the Government, yesterday revealed a model of the rocket. 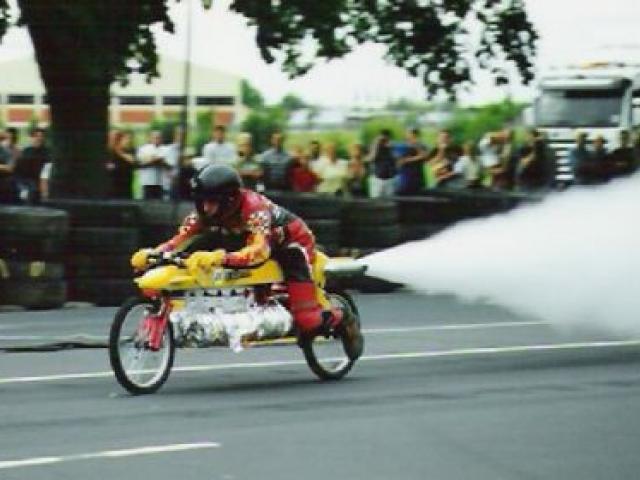 It is a far cry from his experimental days in Dunedin, when he started dabbling in rocket power after starting a tool and die-making apprenticeship at Fisher and Paykel.

''I'd be trying to build a piece of my rocket and I'd go into the engineering store and say to Trevor, 'Hey Trev, can you get us a price for a piece of titanium, say yay by yay?' And he'd say 'Yeah, no problems, Pete'.

''And a couple of days later a piece of titanium would just arrive in my tool box labelled 'apprentice training project'.

''And that just went on and on and on at Fisher and Paykel,'' Mr Beck told the Otago Daily Times in 2009.

Mr Beck ended up building a steam-powered rocket bike, which he demonstrated to the board of Fisher and Paykel in the company car park.

''I'd lie down on it, essentially lie right down on it, with the propellant bottles between my legs.

''The only way I could get the centre of gravity low enough was to use BMX wheels.''

He also demonstrated the bike's power at Dunedin's Festival of Speed about 2000, accelerating down Princes St from zero to 140kmh in just under five seconds.

''It was quite funny, because I couldn't apply the BMX brakes because the surface speed of the wheels was just too high and the brake pads just melted.

''You had to sit up and let the wind slow you down for a bit and then you could start applying the brakes.''

Fourteen years later, Mr Beck said his company had 30 commitments from companies around the world seeking cheaper ways to send satellites to space.

''The obvious ones ... are earth imaging and weather satellites.''

He was looking at rural locations for a launch pad.

''New Zealand is optimally placed for doing this,'' he said.

Mr Beck said the company would create a billion-dollar industry.

The engines in the Electron rocket have been named ''Rutherford'', Mr Beck said, after New Zealand scientist Ernest Rutherford.

''Because they're not big, they're really, really smart.''

Mr Beck said he was ''reversing the brain-drain'' and was advertising for 30 positions for rocket scientists.

On a trip to the United States in 2007, he realised the big aerospace companies were not meeting demand.

He came up with the name Rocket Lab and began his mission to make space more accessible.

Two years later, the company was the first private company in the southern hemisphere to reach space. He said he had always been interested in space as a child, and had a message for Kiwi 5-year-olds who want to reach space: ''Study your maths, study your physics, and come work for us.''