Sleepy Chewy comes in from the cold 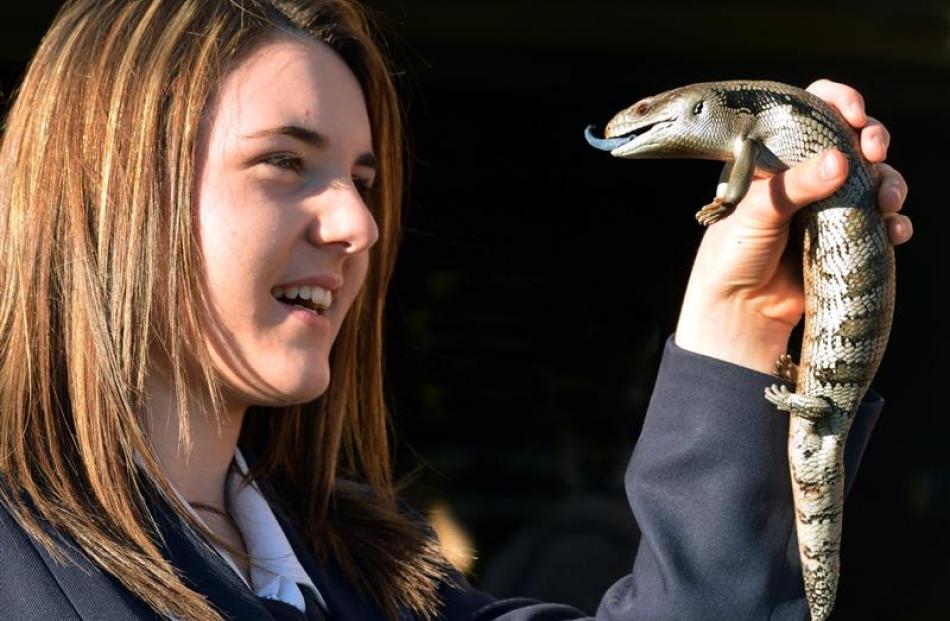 Jo Graham (15) is reunited with Chewy the bluetongue lizard yesterday after the family pet went missing for seven months. Photo by Stephen Jaquiery.

Chewy the bluetongue lizard has returned home after a seven-month nap - only to find his spot has been filled by another family pet.

On February 5, Ulli Graham put her daughter's pet lizard outside in a guinea pig enclosure to get some evening sun, but when she returned Chewy had climbed his way out and was nowhere to be seen.

After hours, days and even weeks of searching their property, the Graham family resigned themselves to the fact they were not going to see Chewy again.

Moving on from the distant memory of Chewy, the family filled his tank with water and axolotls two weeks ago.

It was only two months ago that Mrs Graham informed their daughter Mel, who works in Australia as a vet, that her beloved pet was gone.

However, this week they were able to give their daughter better news - younger sister Jo (15) found Chewy warming up by sunning himself beside the clothesline on Saturday afternoon.

''I was heading out for my run and then I heard the dog barking loudly and looked down and thought: 'What the ... I had just found Chewy','' Jo said.

''He looks bigger than when he left, but he did have very cold feet,'' she observed.

Gardens Veterinary Clinic retailer Louise Knox said the bluetongue reptile, a native of warmer Australia, would have hibernated for the winter months in Dunedin.

Miss Knox said Chewy's heart rate would have slowed and he would have buried himself in leaves or compost to keep warm as he slept through winter.

Chewy was originally from the Gardens vet clinic and was taken home after his siblings chewed the end of his tail - earning him the name Chewy.

The clinic has a female and a male bluetongue and staff hope they will breed. A bluetongue lizard sells for about $480.