Smolt split up in bid to make them ''imprint'' 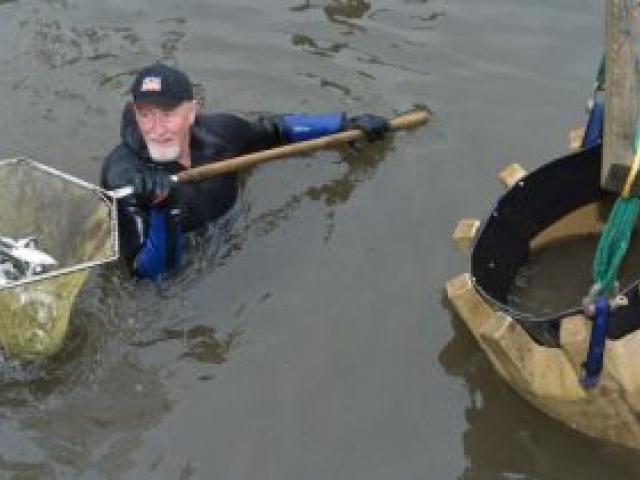 Steve Bennett nets smolt at the Sawyers Bay Hatchery on Saturday. Photo by Gerard O'Brien.
The release of 30,000 salmon smolt in Dunedin waters on Saturday is likely to result in net gains in the future.

The smolt were transported from the hatchery in a specially converted mini-tanker to six sites in the Water of Leith and Lindsay Creek.

''If we concentrate them all in the same area, they'll take off to sea. This way, they stay in the Leith catchment for at least 48 hours, which means there's a better chance of them imprinting and returning to the Leith sites.''

The trust plans to release more than 220,000 smolt this year, as it bids to establish Dunedin as the ''Salmon City'' of New Zealand.