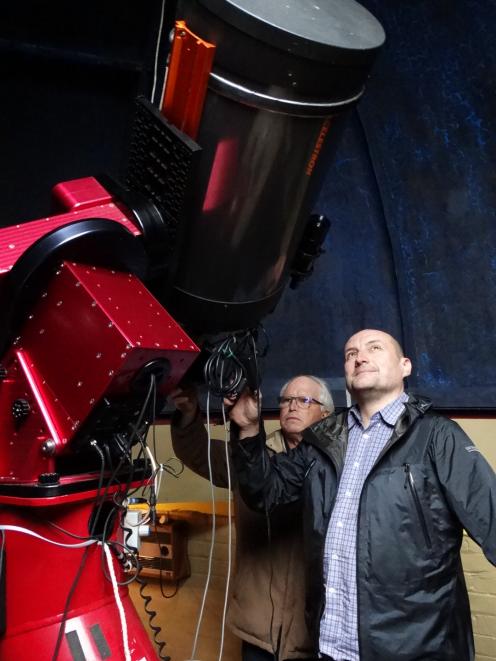 Anticipation is high among society members as they await a ‘‘winter planet bonanza’’ in the night sky.

Mars, Jupiter, Saturn  and Venus will line up for easy viewing this winter, just in time for the New Zealand International Science Festival.

The society will share the fun with the public through 10 open nights at the observatory in July.

Society committee member Stu Todd said Mars would be at its closest point to Earth since 2003 - a phenomenon which would not recur for another 18 years.

Also, Jupiter and Saturn would be "very well placed'' high in the sky, meaning they could be clearly seen with a telescope or even binoculars.

"We should be able to see Jupiter's four brightest moons - Io, Europa, Ganymede and Callisto,'' he said.

"And the rings of Saturn are beautiful and wide open at the moment, as well.''

Venus was also clearly visible in the sky and, around mid-August, would be only about 41million km distant from Earth - the closest of all planets.

"It has been a long time since southern hemisphere stargazers have had the opportunity of observing the four brightest planets all magnificently placed for easy observing,'' Mr Todd said.

President Ash Pennell said while society members were excited to view the planets themselves, they were also keen to share this spectacular sight with the public.

Taking an active role in the NZ International Science Festival, the Beverly Begg Observatory will be open to the public for 10 nights, from July 6 to 15, at 7.30pm.

An array of portable Dobsonian telescopes, would be available for people to use, under guidance from society members.

In addition, the observatory's 14-inch reflector telescope would be operating, giving people the chance to observe the society's work.

The programme for next month’s New Zealand International Science Festival in Dunedin is available from today. The biennial festival will feature more than 200 events at 24 locations between July 6 and 15.

The events include everything from hands-on workshops for kids and families to talks and seminars aimed at sharing the very latest from the world of science.

Tickets go on sale next week.