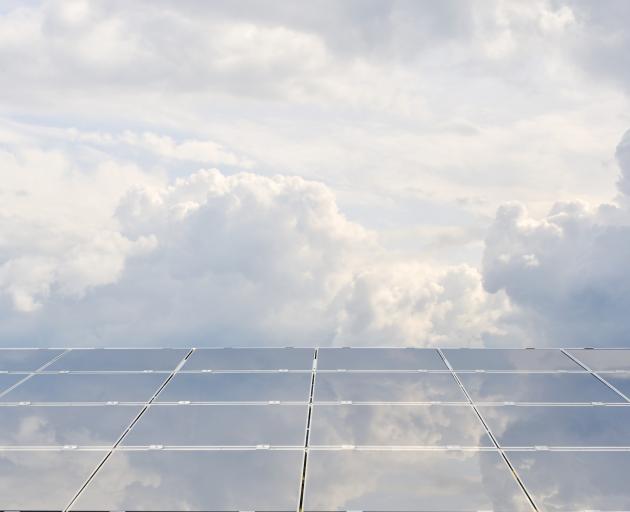 Photovoltaic cells of a solar farm. PHOTO: GETTY IMAGES
When the Green Island landfill reaches capacity it could be capped with a $10million solar farm.

The Dunedin City Council has revealed in its draft 10-year budget a proposal to spend $5.1million in 2030-31 and another $5million the following year on a large installation of solar panels at the municipal landfill, expected to close before the end of the decade.

The solar panels would be linked to the electricity generation system in place at the Green Island wastewater treatment plant, the council’s 2021-31 capital expenditure report said.

The electricity produced at the solar farm would top up the electricity generated by destruction of landfill gas, a system that has been in place at the landfill since 2009.

Excess energy from the solar farm could be sold into the national grid after offsetting operational costs of the wastewater treatment plant, or future resource recovery facilities set up at Green Island, the report said.

In the nearer term, the draft budgets show $5million set aside from 2022-23 to 2025-26 to expand the Green Island landfill gas collection system.

The report said improvements had been under way on the Green Island gas collection system since 2017.

The number of gas wells had increased from 14 to 26 and would continue to increase to 55 as the landfill was progressively closed.

The final 55 gas wells would continue to operate and be maintained long after closure of the landfill, it said.

The 10-year report also noted, a proposed $56.4million to be set aside from 2024-25 to 2028-29 for the development of a Smooth Hill landfill site, near Brighton, to replace the Green Island landfill when it closes.

Another $29.3million would be required to develop a new kerbside collection system.

Sure, and do you know what hydrogen and hydrogen sulphide does to copper conductors and metal in general? We'll be spending double that figure maintaining those solar panels. Good work guys.

Why not use the methane seeping out to generate electricity, 24/7. Instead of solar for 3-5 hours (peak sunlight hours) a day.

No estimate to the size of the proposed solar farm, in kW? How effective it would be during wither Months? How low sun angles would effect its performance or any study at all? Would it not be best to spend that money on existing infrastructure making sure that is maintained?