Special year to be marked 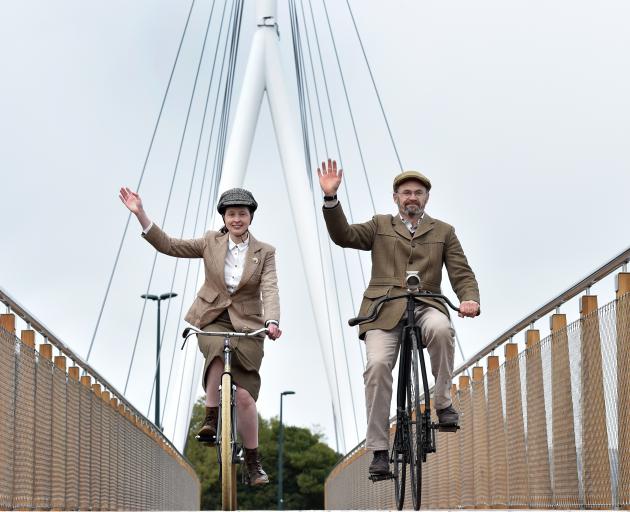 Photo: Peter McIntosh
The first bicycle built in Auckland was ridden for the first time in 1869 in Dunedin.

The 150th anniversary of that occasion will be marked this weekend with a ``tweed ride'' featuring people dressed in Victorian and steampunk garb riding from the Gasworks Museum to the University of Otago clocktower on Sunday.

Cyclists Ruth Barton and Peter Petchey, both of Dunedin, got their tweed on yesterday in anticipation of the ride, which is part of the biennial Dunedin Heritage Festival.

The festival, organised by the Southern Heritage Trust, is being run this year in partnership with the University of Otago, as part of the year-long celebration of the university's 150 years.

The festival features a weekend of walks, talks, tours, films, a treasure hunt, and exhibitions. In association with the festival, a four-day conference around the theme of the year 1869, which was a year in which many scientific, political, commercial, cultural and medical milestones were recorded, starts in Dunedin today.