As storms continue to claim the St Clair coastline, the chairman of the Dunedin beach’s surf life saving club says the community is sick of "Band-Aid solutions".

St Clair Beach has been left with no safe access following recent storm damage. The heavy seas have also taken a toll on the iconic poles at the beach, with only one remaining.

The damage has caused the postponement of the St Clair Polar Plunge this Sunday, an annual event where people run into the frigid water from the beach.

St Clair Surf Life Saving Club chairman Cam Burrow said there was a lot of frustration around the St Clair community regarding the beach.

A lot of money had been spent by the Dunedin City Council on the coastal plan, but those actively involved in the beach were yet to see a timeline of when things would be done. 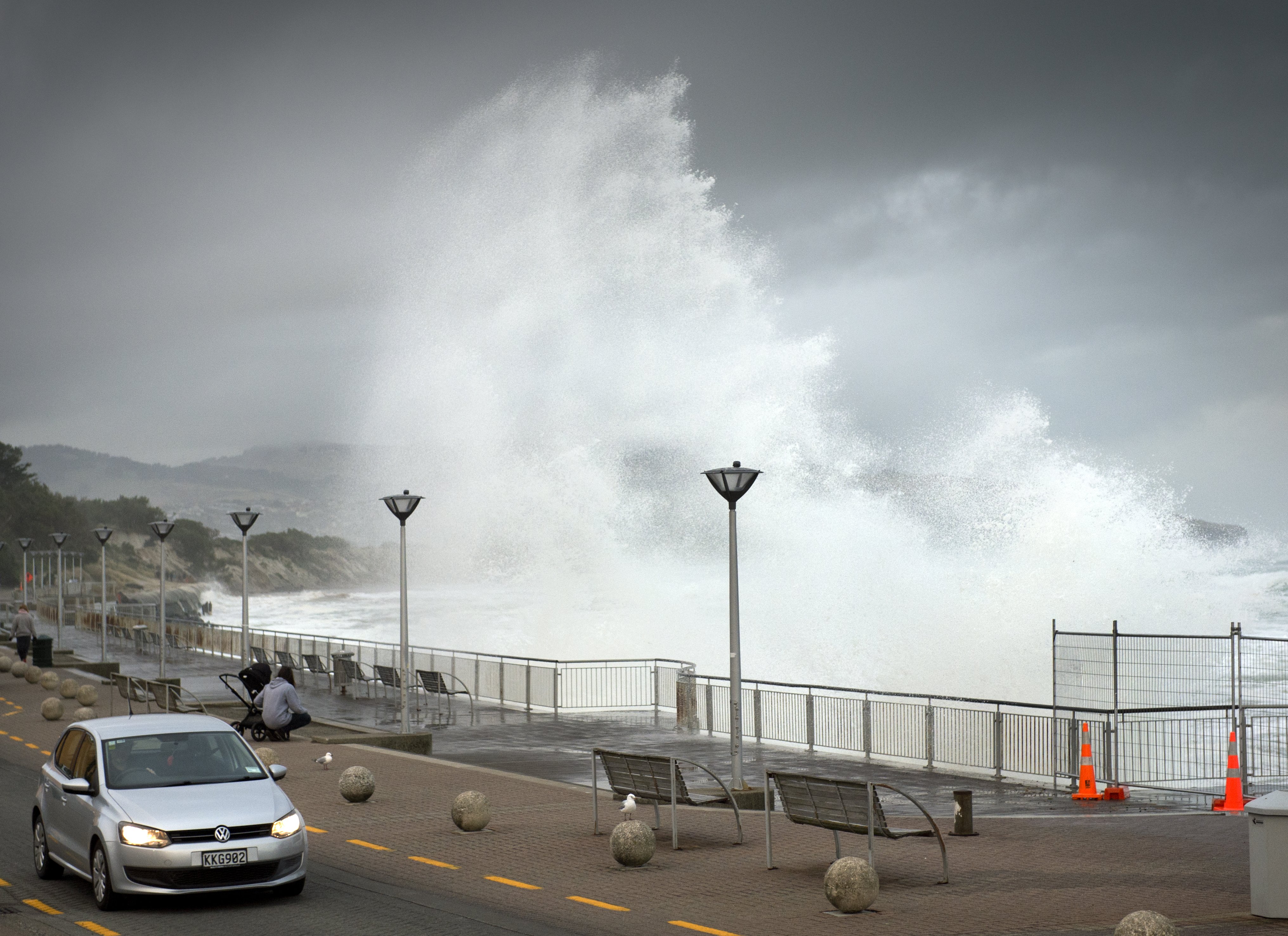 The St Clair Esplanade is pounded by heavy seas at 4.30pm yesterday. Police said yesterday they were alerted to the heavy waves and were monitoring the situation. PHOTO: GERARD O’BRIEN
The council could be actively working on the issue, but the club did not know about it.

It left lifeguards in a tough position, as beachgoers came to local groups with questions about what was happening and often they did not have the answers.

"There’s a lot of good ideas, but there’s not a lot being done."

Until access was improved, St Clair lifeguards could only safely reach the beach from St Kilda.

Last week poles were installed in front of the "sausage" sandbags, but some had already started to topple over.

"You can’t just keep putting Band-Aids on a wound.

"Trialling something has got to be better than doing nothing," he said.

City council infrastructure and development general manager Simon Drew said it had consulted extensively with the community over two years during the development of the St Clair-St Kilda coastal plan.

That plan set the direction for managing the coastline over time, including in response to climate change and coastal hazards.

A range of projects were under way or set to begin later this year, including improved beach access for surfers at St Clair, removal of contaminated material from the dune crests and further consideration of coastal protection structures such as groynes.

Following the recent large swells and high tides, the council continued to monitor the area daily and would be reviewing the situation to consider the best way to reinstate safe beach access as soon as possible, he said.

Council transport delivery manager Ben Hogan said it had installed warning signs at St Clair and was advising people it was unsafe to access the beach at the northern end of the sand sausages.