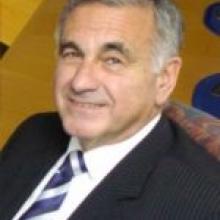 John Farry
St Kilda Finance has been placed in the hands of receivers by its directors, with almost $7 million owed to 358 mainly southern investors.

The Dunedin finance company, which began as All Purpose Finance Ltd in 2003, specialised in second mortgages.

Its chairman, Dunedin businessman John Farry, declined to be interviewed yesterday, but said in a statement the company began winding down late last year.

It had "progressed well until recently, when the global financial crisis really started to impact in New Zealand, and as the credit squeeze grew the value of land and building security has diminished".

In a letter to investors, he said management and directors were "bitterly disappointed" the company was unable to secure repayments to all investors.

Funds loaned by St Kilda Finance were "secured by first-ranking debenture", meaning investors would have first claim on any funds.

St Kilda is one of the smallest finance companies to fail, having about $9.7 million in investor funds in August.

More than two dozen finance companies have collapsed or gone into moratorium in New Zealand, tying up investor funds estimated at more than $4 billion.

Mr Farry said company directors asked the trustee to appoint receiver BDO Spicers, of Christchurch, to ensure remaining investment funds totalling about $6.9 million were protected "in an orderly realisation of the remaining securities held by the company".

The first report of BDO Spicers is due next month.