Stabbing: 'What is this place coming to?' 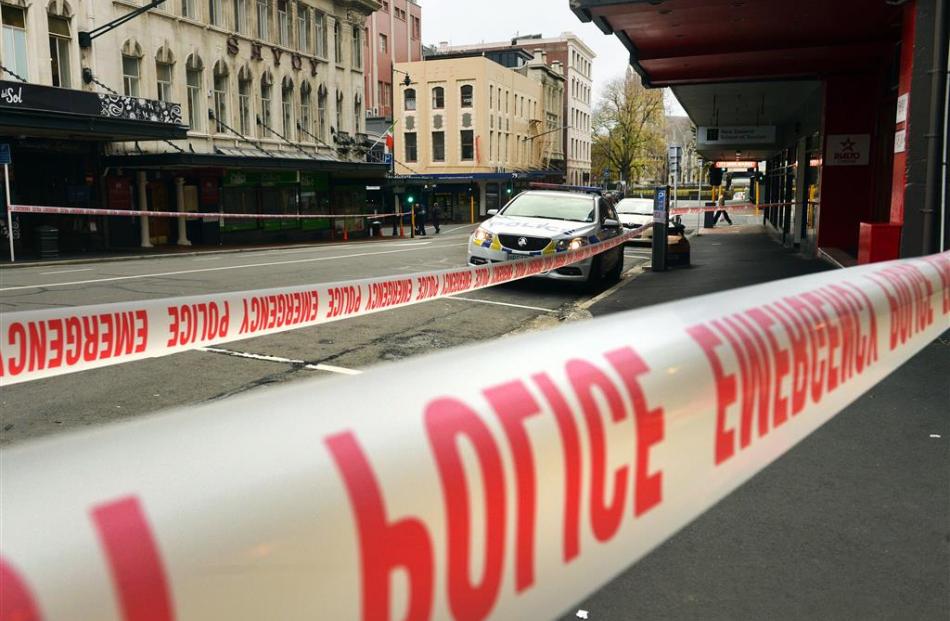 The stabbing of a 21-year-old man in central Dunedin early yesterday has left the man who rushed to his aid questioning the state of his city.

Detective Sergeant Chris Henderson said the victim was taken to Dunedin Hospital after being stabbed in the neck and back outside the The Bottle-O store on the corner of Princes St and Moray Pl about 3.30am.

Dunedin man Dan Parkes was out with friends and was crossing Moray Pl when he said he saw a man "hit the deck''.

Mr Parkes ran over and found a young man lying in a pool of blood.

"People were freaking out - screaming and crying.''

He said he put his hand over the man's neck to stem the flow of blood, yelled for someone to call an ambulance and asked a bystander to press their jacket against the wound in the man's back.

The victim was coherent but his energy was fading and he was finding it hard to talk.

"He wanted to keep getting up but I asked him to sit still. He was in a lot of shock.''

Mr Parkes repeatedly asked the man to say his name and date of birth.

"Just to keep up the chat, and I kept telling him who I was to show I wasn't here to be a pain. I was just doing what I could to help the kid.''

A police officer then took over before an ambulance with St John staff arrived at the scene.

Mr Parkes was shocked someone could be stabbed on a night out in town.

The stabbed man sent Mr Parkes a message yesterday afternoon saying he had been discharged and was "really sore and tired''.

Snr Sgt Craig Dinnissen, of Dunedin, said nobody had been charged in relation to the attack and it was unclear what had been used to stab the man.

Det Sgt Henderson said there was a large crowd in the area at the time, particularly near Brimstone Nightclub.