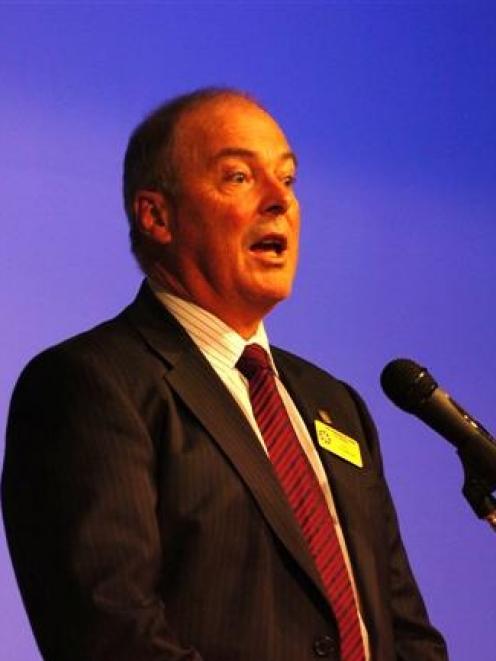 The meeting was supposed to be an opportunity for the trust to report on its operations and financial performance during the year to March 31, 2008.

About 200 people gathered for the meeting at the Hutton Theatre in Dunedin, but the usual serenity was disrupted by a dozen stadium opponents who called for assurances the trust's approval process of $10 million of funding towards the stadium would be transparent and would not affect other donations.

Stop the Stadium president Bev Butler asked the trust to invite the peer reviewers to speak to the trustees in a public meeting before considering the application from the Carisbrook Stadium Trust to donate $10 million of public money to the stadium.

Other members of the group called on the trust to invite opponents of the stadium to speak to the trustees before considering the application instead of only inviting the proponents.

They also asked for assurances the trust would have evidence to prove the project was financially viable before deciding to donate $10 million.

Several people in the theatre raised concerns about how a $10 million donation to the stadium would affect donations to other organisations in the community.

Mr Thomson said there was no-one more conscious of the challenge ahead in making the decision than himself.

He assured the public all issues would be looked into and the trust would not allow any funding of a major project to affect the funding of other projects.

"I want to make it quite clear, we have not received an application yet and we have not made a decision yet."

Even after he attempted to steer the question and answer session away from the stadium, opponents continued to ask stadium-related questions - some of which rallied applause from those in the theatre.

"This meeting is not about the stadium," he said.

"We're here to celebrate the past year of the trust.

"I don't want this meeting to be hijacked into a discussion about the stadium."

During a presentation in the planned part of the meeting, Mr Thomson said the performance of the trust's investments had been disappointing.

"This is significantly less than what we would expect to earn in an average year and is largely as a result of volatility across all asset classes during the second half of the year."

As at March 31 this year, the trust's capital stood at $190 million, reflecting a reserve of about $13 million which was retained so the trust could continue to make donations based on its long-term rate of return, irrespective of the current unpredictability in investment markets.