Staff to be given more say: SDHB 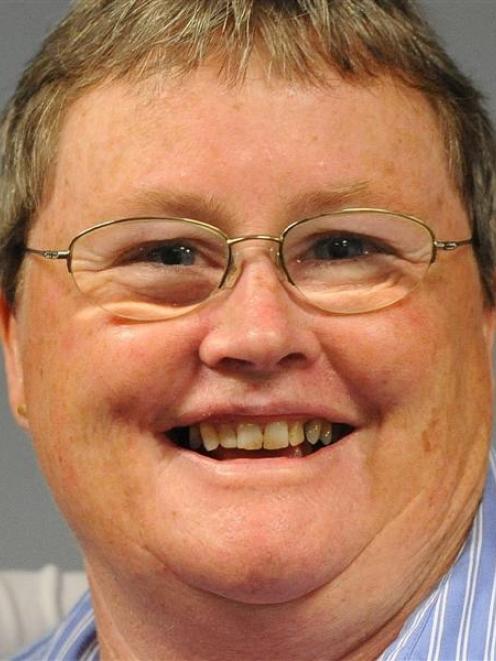 Lorraine Lobb.
The commissioner team running the Southern District Health Board surprised staff yesterday by announcing they will be given more say in running the organisation.

The move was part of the long-awaited ''work plan'' released at large staff meetings.

Only one page long, it took four months to draw up.

It emphasises culture change, better data use, investing to save money, openness and transparency, listening to staff, and improving performance in key health targets.

In June, Health Minister Dr Jonathan Coleman sacked the board and appointed the commissioner because of the long-running deficit, leading many people to assume the commissioner team would cut budgets.

Although few of the stated goals in the document were new, it felt positive and genuine.

Nurses were keen to have more input into how the board was run.

''I believe it gives our members licence to come up with ideas they believe could be helpful to the DHB.

''We'll do everything we can as a union to make sure our members' voices are heard.''

Improving ''clinical engagement'' has been a mantra for years at the board, but Mrs Lobb believes something has changed.

Before the commissioners were installed, it felt as if the board was ''strangled by the ministry or the minister and it seems like that has been taken away, and that they are more freer themselves to listen to what their employees have to say''.

Previously, an intense focus on deficit reduction had affected morale and staff initiative.

''It felt as if the board and Carole [Heatly, chief executive] were under enormous pressure to get rid of the deficit and that was all that mattered.

''From today's presentation, I got the impression that that sort of pressure is gone.

''Clearly, there's going to be no slashing and burning, and that was always a concern to us.''

During a question session, staff even asked if the commissioners needed to worry about finances at all, but were told they still did, Mrs Lobb said.

The document talks about needing to appoint to top roles that are vacant - the chief medical officer, chief financial officer and the head of communications.

The document was positive and would ''resonate'' with staff, but he wanted more detail about how the changes would happen.

''At the moment, clinical engagement in many areas is suffocated. It needs to be able to breathe - it needs oxygen.''

The document was largely ''aspirational'', and the commissioners needed to work hard to avoid its aims becoming ''platitudes'', Mr Powell said.

''It's getting to the stage where they need to start getting runs on the board.''

In an interview, commissioner Kathy Grant said good ideas from staff were being ''stifled'' by needing a formal ''business case''.

''We need an innovative and creative workforce.''

Mrs Grant said the commissioners had to ''find ways to facilitate that engagement with staff''.

''Other [health organisations] have done it - we don't pretend to be reinventing the wheel.

''What we have done is looked at the examples of other DHBs - both in New Zealand and overseas.''

The changes would have a ''southern flavour''.

''It's got to be unique to this DHB. We see that work as fundamental to our ability to become sustainable both clinically and financially,'' Mrs Grant said.

Improving the board's culture was crucial for improving its performance, and it needed to come from the ''ground up''.

The document says that by the end of September next year, the commissioners would have come up with another plan, for the next two to three years.

The commissioner team also released a question-and-answer document on to its website giving more detail about the planned culture change.

''This isn't something that will happen overnight, but with the building blocks in place, we will have a firm foundation from which we can make it better for staff and importantly, our patients and our communities.

''We are currently looking at what we're doing now and what works well elsewhere. Once again, there will be opportunities for staff to have a say and be involved in the various programmes of work, which will support the significant change required.''

Separate from yesterday's document, the commissioners are still working with the Ministry of Health to agree a budget for 2015-16.

A working deficit figure of $39.7 million is cited in monthly financial documents.