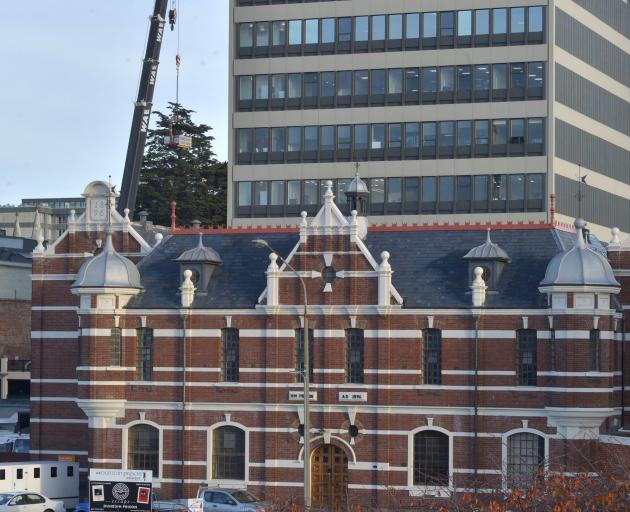 The Dunedin Prison Charitable Trust received $200,000 this week in a successful application to the Environment and Heritage Committee of the Lottery Grants Board, adding to $100,000 each from the Dunedin City Council and the Otago Community Trust.

Chairman Owen Graham said the funding meant stage two of the restoration of the Dunedin Gaol was close to beginning.

It involved roof repairs, reinstating the two front gate pillars and completing exterior repairs and refurbishment of the cellblocks.

"We are hoping to get that money so we can work on the exterior through the summer.

"I’m confident we can get it — we’ve demonstrated we are a trust who gets things done."

"That is yet to be planned and costed, but it will be more compact than stage two."

Discussions over the long-term future of the site had included the suggestion of long-term accommodation.

"Prior to lockdown we had a gentleman from New Zealand Trade and Enterprise come and take a look around.

"His report indicated if investors were there, then something along the lines of student housing or co-housing could be the best angle."

Mr Graham said in a city with tertiary establishments, accommodation was viable.

"We always knew the accommodation option was there.

"But it is still only an idea as we need the right people involved. Lockdown put everything on hold."

The trust will meet at the end of the month, for the first time since before lockdown.