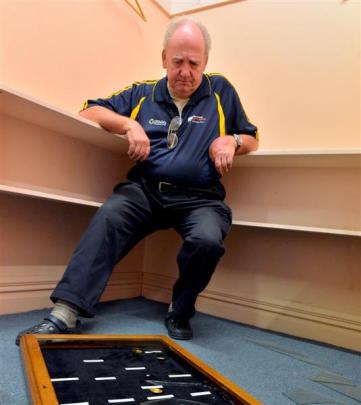 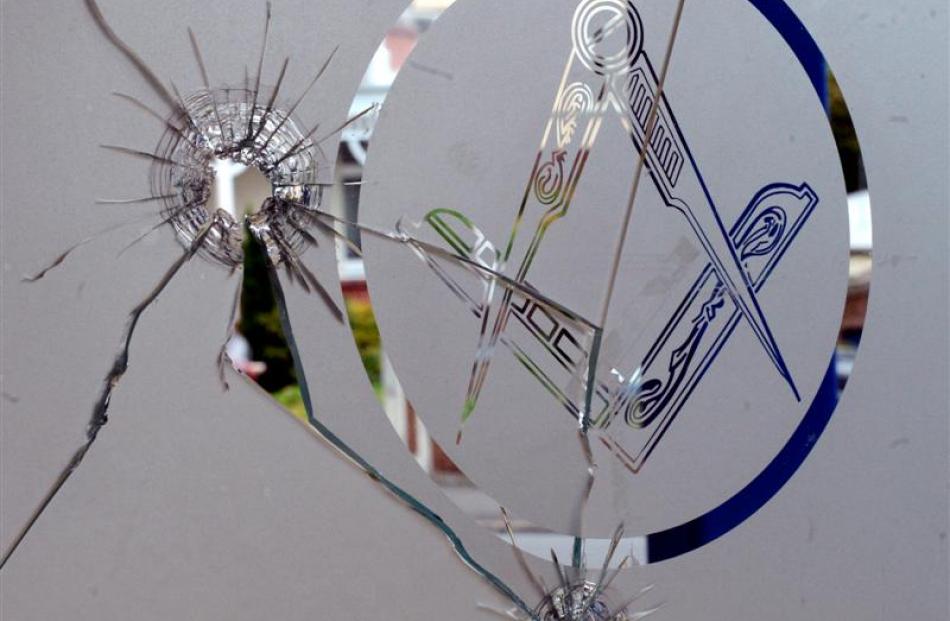 What appear to be bullet holes in an exterior glass door. 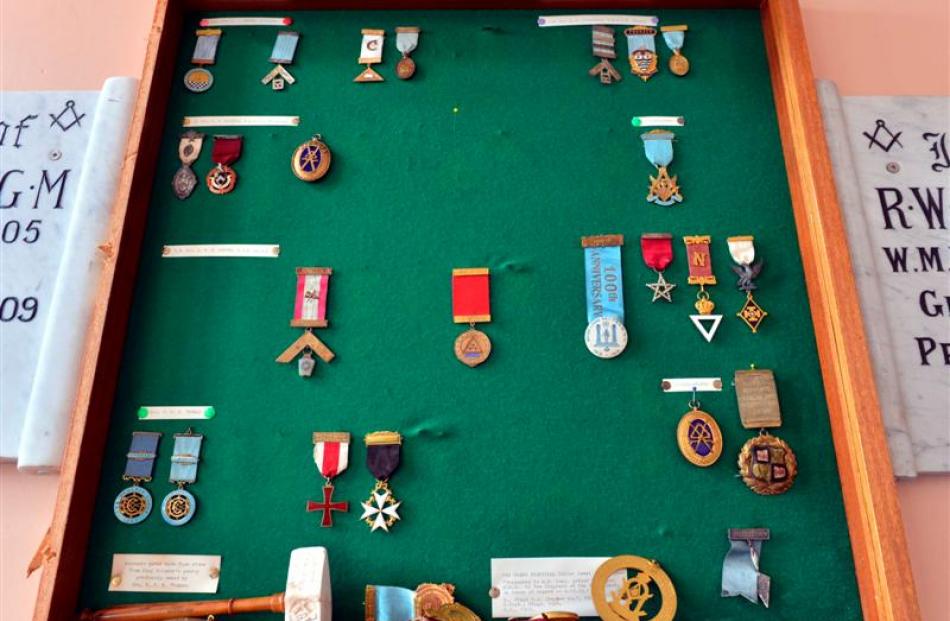 A Masonic medal board after the thefts. 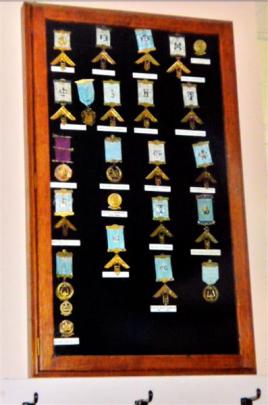 A Masonic medal board before the thefts. Photos by Gerard O'Brien.

Thousands of dollars worth of irreplaceable Masonic medals have been stolen from the lodge's Dunedin centre in a Christmas crime which has disgusted members.

About 100 medals, called Masonic jewels by Freemasons, were ripped from display boards hung on walls of the Manor Pl building between Monday night and Christmas morning.

At least three of the medals were pre-1900 and made from gold.

Those would each be worth between $300 and $400, Dunedin Masonic Hall Company Ltd board of directors chairman Brian Hastie said.

Others were made of brass, and all had the names of recipients inscribed on them as well as the date they were presented.

Mr Hastie said the ''newer'' medals each cost about $85, and were bought by the lodge to give to members for various positions and achievements.

''All the jewels that were stolen belonged to members who have died and their families have given them back to the lodge. They are irreplaceable - they meant a lot - and they're quite sought-after,'' he said.

Mr Hastie said an initial break-in happened at the lodge centre between late Monday and early Tuesday, which he discovered about 3pm on Christmas Eve.

He said a second burglary occurred between late Christmas Eve and Christmas morning, which he reported to police that afternoon.

''How they [thieves] got in I don't know. They smashed the glass covers of the medal boards and stripped the jewels off, but they have left some behind.''

He did not know why some medals were taken and others not.

Mr Hastie said there were what appeared to be three bullet holes in the exterior and interior glass doors of the building's upper level.

He thought they were made by an air gun, but did not know if entry was gained to the building through those doors or by other means.

The complex had been locked as usual, he said. The lodge had insurance for structural damage.

They were also shown photographs of the medals, which were taken a few years ago by the lodge.