Street furniture a link to the past and future 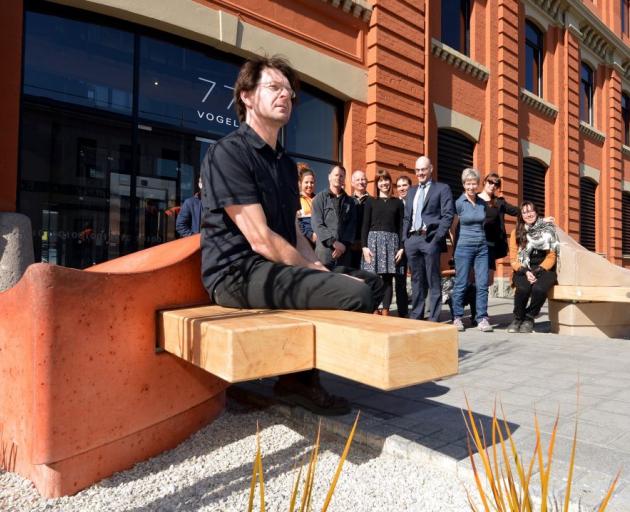 The seats, and four stools to be installed next to them, cost a total of $49,600, which came from a $580,000 council budget for amenity improvements to the area.

Designer Jess Dobson said the sleepers in the seats referenced a historic jetty and the shapes of the seats were inspired by the fact the area was once where land and sea met.

Each seat had a different story; one resembled the sails of a ship, another depicted a large wave rolling over the Toitu estuary, which was where the precinct now stands.

Council acting urban planning team leader Dr Glen Hazelton said the area had seen many changes over the years and was still evolving.

To extend that story, local businesses ADInstruments, Toitu Otago Settlers Museum, ArtSenta, Duty Bound and the Chinese Garden had contributed to time capsules buried in three of the seats.

Inside the capsules were more than 100 thoughts on the question ''What do you want for future Dunedin?'' preserved on cards from Toitu's wishing tree, a hand-bound compilation of ArtSenta's artists' work and a book about Dunedin's affiliation with sister city Shanghai.

The council's plan for the warehouse precinct was also included, along with a catalogue of ADInstruments' technological capabilities and explanatory DVDs.