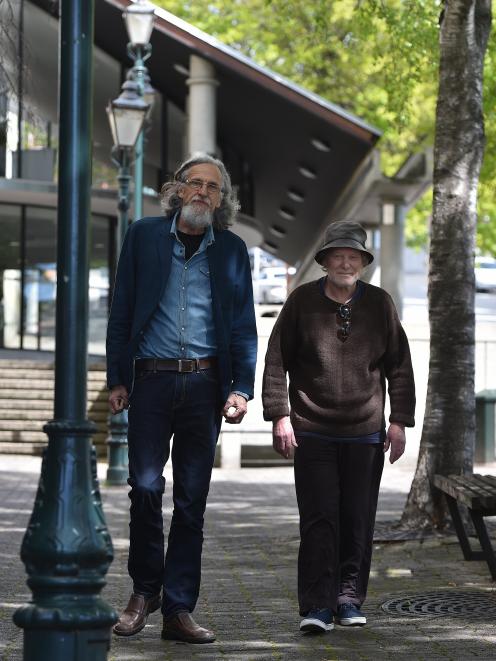 Also included are poems by city poet Peter Olds and his photographs of graffiti art, some taken more than a decade ago.

It was intended that the 83-page book would serve as a "calling card" for the city for City of Literature-related visitors and would be offered "locally and internationally for special gifts, awards and prizes", organisers said.

City of Literature director Nicky Page, who oversaw the project with Debbie Lancaster-Gordon, said the "beautiful small book"reflected on "our heritage as an extraordinary and creative city".

Mr Hickin "deftly maps the city with words", and Mr Olds "captures a slice of history" with his poetry and "irresistible photographs", Ms Page said.

The book was launched at a Dunedin City Library gathering attended by more than 30 people yesterday.

Mr Hickin, of Lyttelton, read from his essay, which focused mainly on the work of James K. Baxter and Mr Olds, and had initially been given as a talk for a Dunedin Centre for the book symposium, devoted to "Book and Place", in 2016.

Mr Olds had long hoped to develop a book combining poetry and photographs.

"I always wanted to be a photographer.

"I love the visual in poetry— this was a great opportunity to marry the two," he said.

The 'vibe' was clear in the mid seventies. The era, not the chronological age. Quite a town, enriched with Roy's Records, Daybreak Bookshop and Ian Wedde.

Oh, and people shouting at Rob Muldoon dining at the Savoy.

I should mention that the author, John Gibb, had poetry published in the ODT. One, related to bereavement ("above the sky"), was comforting.