By Daisy Hudson
1 Comment
Dunedin's dogs may never have been so well exercised.

During the first day of a nationwide lockdown yesterday to prevent the spread of Covid-19, some city streets were still busy as people and their pooches pounded the pavement.

It was one of those rare warm, relatively calm Dunedin days, and people could be forgiven for wanting to get out in the sunshine.

Getting out and about for a walk is also one of the few ways people can leave the confines of their home during the four-week lockdown — as long as they obey the rules.

For the most part, it seemed like people were doing so.

Aside from those out for a walk, there were few people around.

A skateboarder enjoys a clear run in Andersons Bay Rd at lunchtime yesterday. PHOTO: STEPHEN JAQUIERY
Those who were outside did not appear to be stopping for chats, and they maintained their distance.

Front yards were alive with the sound of DIY projects getting under way.

Some people, like a pair of neighbours in Brockville, kept up social contact by chatting over the fence.

"You’ve just got to listen to the messages,’’ Emma Rells said.

Others contributed to the nationwide bear hunt by popping teddy bears on their windowsills.

One house in Halfway Bush stuck rainbows of love hearts on the windows to keep the soft toys company.

It felt a bit like an eerier version of Christmas Day, without the presents. 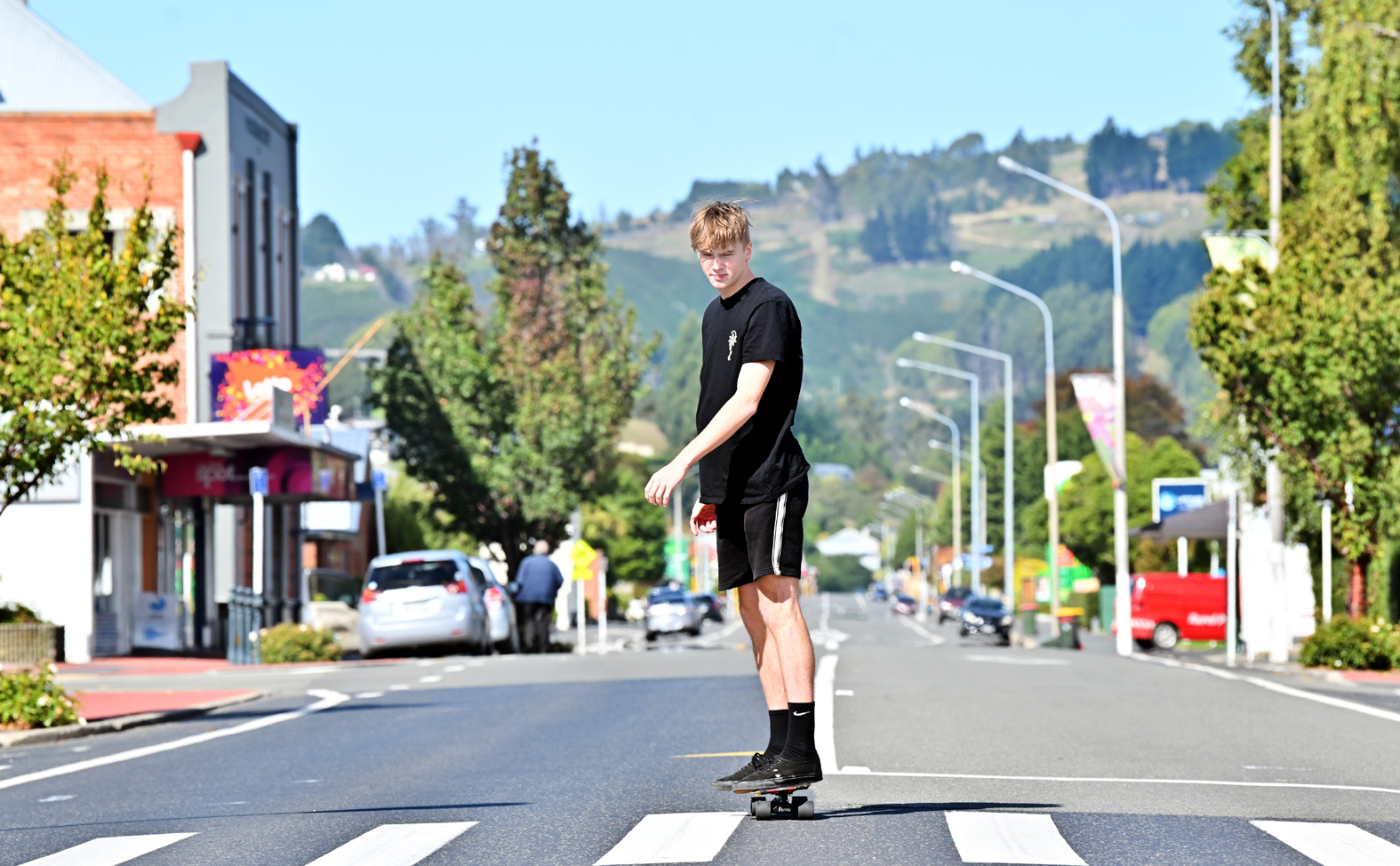 Hayden Scully (16), of Mosgiel, takes advantage of an empty Gordon Rd on Thursday. Photo: Christine O'Connor
A (much) older colleague said it was like the clock had been turned back to the 1960s.

There will always be exceptions to the good behaviour rule, of course.

There were far more people wandering around the city centre than there likely needed to be.

The group of blokes drinking beer outside Pak’nSave were definitely flouting the rules.

And the person who kicked in a bank window — well, that would be a no-no regardless of what alert level was in place.

All in all, it felt like most Dunedin residents recognised the need to stay home to save lives.

The more we stay inside, the sooner things can start returning to normal.

Oh my gosh! There are cars driving through and around the Octagon -- The next thing we will know is the esplanade along St Kilda beach will be open -- I wonder if Santa is still coming at Xmas time...