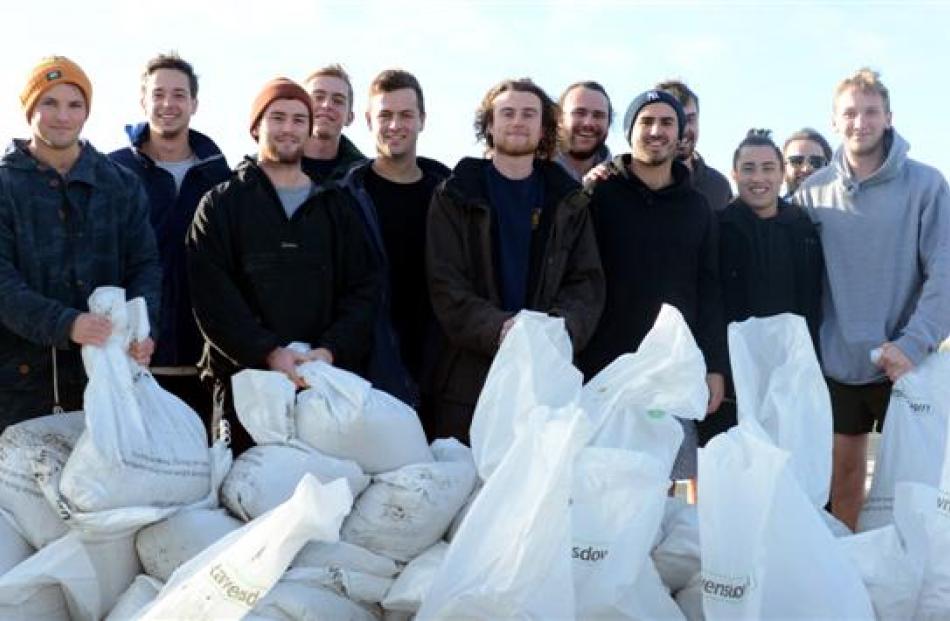 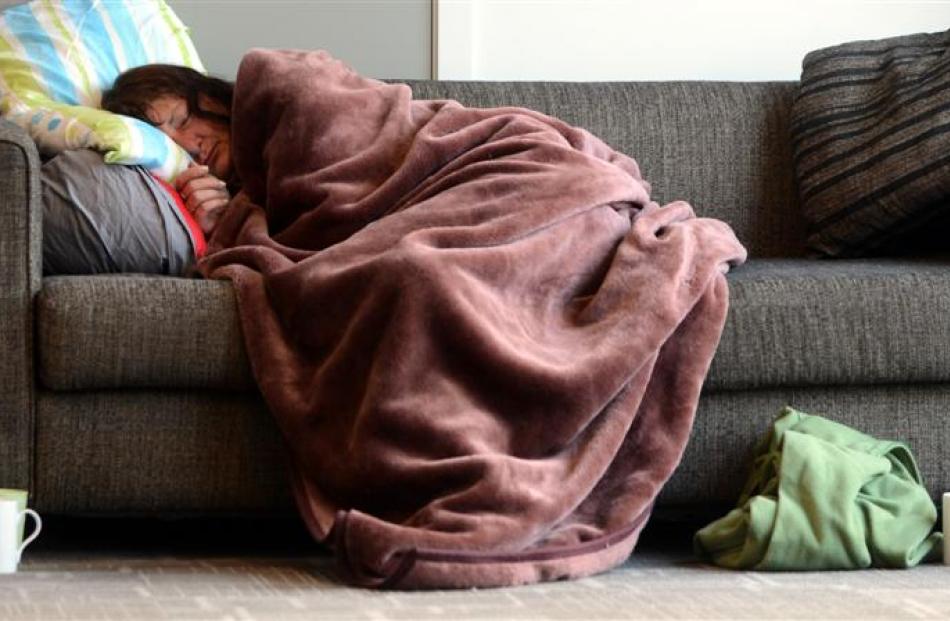 University of Otago student Thomas Wilson swapped his law books for gumboots when he heard of his city's plight.

Mr Wilson, a fifth-year law student and Dunedin local, rallied his mates together and before long a cohort of students congregated at the St Kilda Surf Life Saving Club to assist with volunteer efforts.

Hargest Cres and surrounding streets were awash following Wednesday's downpour, which also engulfed Tonga Park, most of Bathgate Park and much of Forbury Park Raceway.

Mr Wilson, who sat his first semester one exam on Tuesday and has two more next week, rounded up his 13 central Dunedin flatmates and by 8pm on Wednesday the contingent was at St Kilda.

''I just said: `I've got 13 guys here who are quite able and fit dudes and we would like to come and help if you need it','' Mr Wilson, who led the student effort, said.

''We doubled the numbers down there and that was awesome to see.''

The volunteers were at the scene until 2am yesterday.

Mr Wilson contacted the Fire Service, Dunedin City Council and Civil Defence before being put in contact with the surf life-saving club.

Students get quite a bad reputation when something goes wrong.

In reality, the amount of people who came down didn't need to come down.

''Some of them have exams today and tomorrow but they still came down and gave it their all,'' he said.

OUSA communications manager Tess Trotter said up to 150 students were among about 300 volunteers who made their way to St Kilda to help with sandbagging on Wednesday night.

Ms Trotter said she was incredibly proud of the students, given they were in the middle of exams.

OUSA put out the call for help on the UniCrew Volunteers Facebook page and the response was immense.

Ms Trotter said the biggest challenge for volunteers was access, and applauded the many people who found a way to enter the area to assist.

''The vast majority of students live close by, which probably played a favourable role in this,'' she said.

Teams from Christchurch and Queenstown were placed on standby in case the flooding got any worse.

A welfare centre was set up outside Brighton Caravan Park.

''The effort's been about outreach to some of the worst-affected homes, making sure residents are OK, and, if they're not OK, letting them know there are places they can go and giving them the necessary information.

''On most properties, the water's right up to the doorstep but in some the entire floor has been covered.''

Tenant Kirsty Wood said she was taken to the facility, as floodwater threatened to enter her cabin.

Tenant Thomas Wallis said the floodwater reached the door of his caravan.

Although the floodwater at the park had drained, the stench of sewage remained, he said.

A Civil Defence welfare centre was set up at the St James' Presbyterian Church in King Edward St, South Dunedin.

People who wanted to donate baking to volunteers were encouraged to go to the church or to the St Kilda Surf Life Saving Club, DCC planning and intelligence manager Nicola Pinfold said.