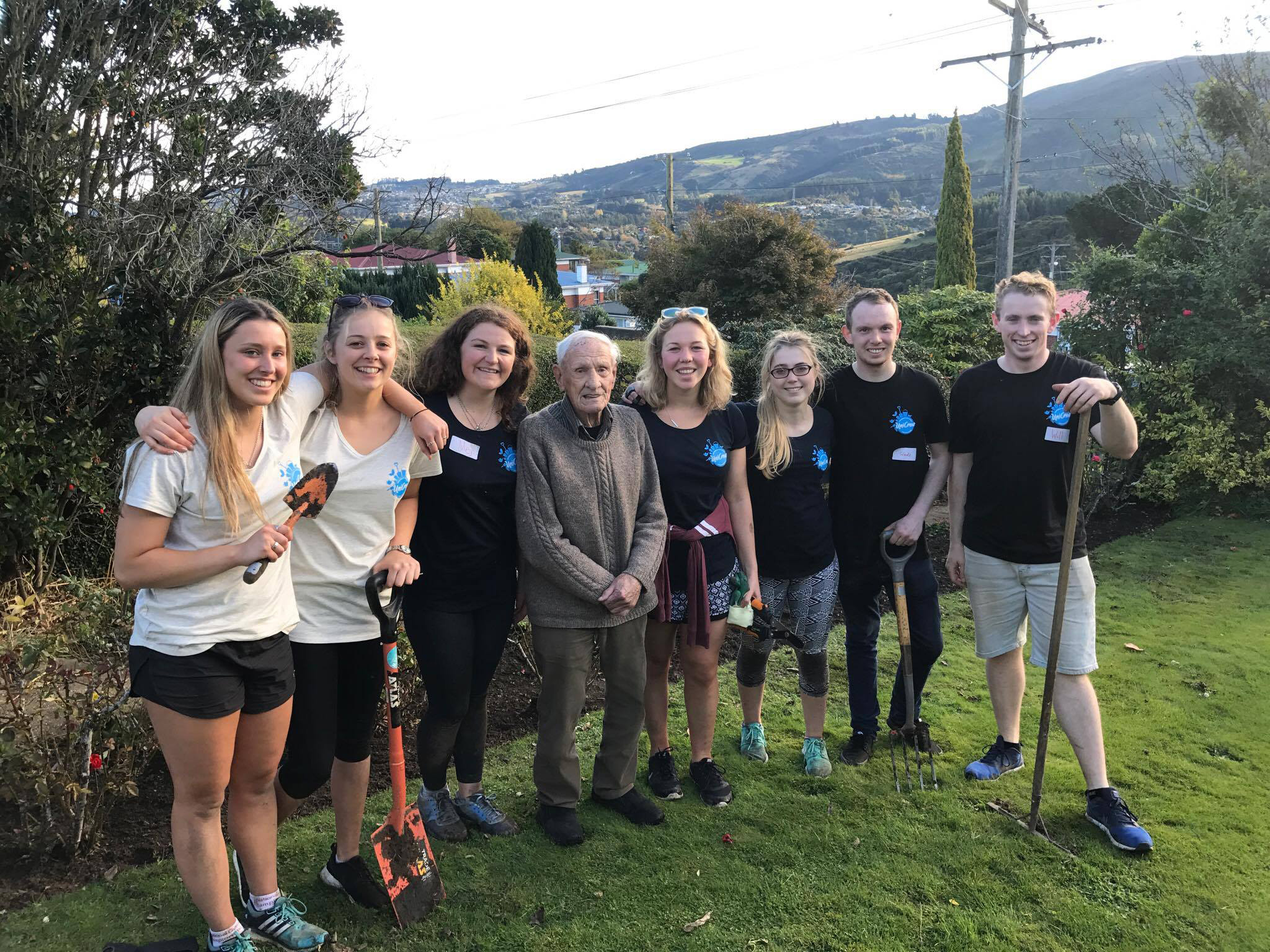 World War 2 veteran Vernon McArley has long had an extensive vegetable garden at his house in Pine Hill, where he has been living for 50 years, but this year’s cold weather meant it was getting away on him.

"I was very worried because I couldn’t see myself clearing that in time to plant my beans."

But thanks to a group of University of Otago students, who spent three hours cleaning up his large yard on Saturday as part of Student Volunteer Week, he was able to plant his beans the following day.

The generosity of the students continued a virtuous cycle of giving as Mr McArley always gave nearly all of his vegetables away.

The students were "marvellous" and got stuck in as soon as they arrived.

"They took out a hell of a lot of weeds.

He was determined to live independently as long as he could and having a bit of help made that easier.

"So long as I can drive, because to be quite honest I find it difficult walking down to the  front gate and back now."

University Volunteer Centre co-ordinator Sze-En Watts said the work done at Mr McArley’s place was one of many ways students helped  in the community during volunteer week.

This included preparing a lunch for people in the Caversham community and helping community organisations, Ms Watts said.

The number of volunteers at Otago University continued to grow.