Students pitch in for health promotion 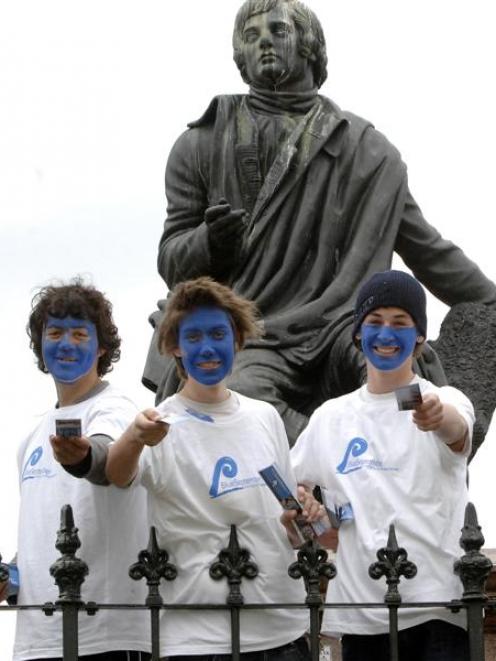 They were on the streets handing out pamphlets to the public to mark the beginning of Blue September, the inaugural month-long campaign aimed at raising funds to fight the disease and get men to talk about it.

Dunedin event co-ordinator Keith Beck said each year more than 2500 men in New Zealand were diagnosed with prostate cancer and about 600 died from the disease, because they did not know how dangerous it was.

"Men don't like talking about it. We want them to be discussing it more openly - be aware of it, get checked, don't be afraid."

Mr Beck encouraged men to attend the first of what was hoped to be many meetings for people with prostate cancer, at the Cancer Society building, Great King St, tomorrow at 7.30pm.

The Prostate Cancer Foundation is proactive in developing public education and awareness programmes, developing a nationwide network of branch support groups and prostate cancer research projects, right through to lobbying Government on matters relating to the disease.

Donations would be used to continue these activities, Mr Beck said.

As part of Blue September, the Auckland Sky Tower will be flooded with blue light.