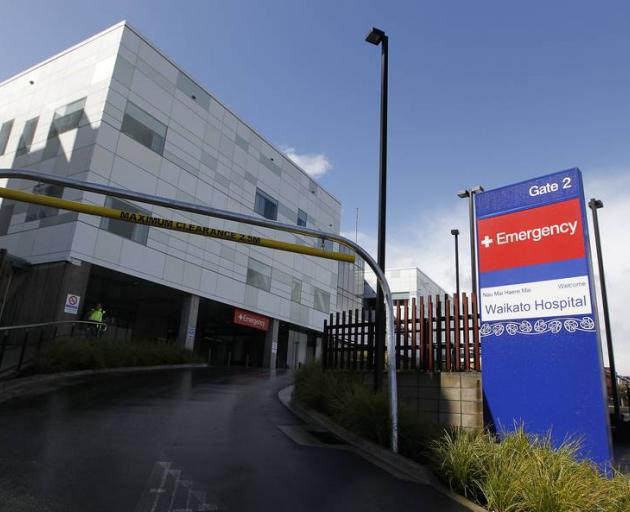 Waikato Hospital. Photo: NZME
A baby died during birth after the mother was bumped from her elective caesarean at least once because an emergency C-section took priority.

The incident at Waikato Hospital happened in December last year despite doctors previously warning managers that elective caesareans competing with acute C-sections for the only theatre dedicated to deliveries, was life-threatening.

It is not clear what the exact cause of death was but the DHB admitted today that the mother's scheduled C-section had been delayed and changes had been put in place since.

The death sparked two reviews and has resulted in more theatre space opened up for planned C-sections.

In a damning letter to Waikato District Health Board chairman Bob Simcock, specialist anaesthetist Margot Rumball said the "safety of mothers and babies delivering at Waikato Hospital should be a no-brainer in a caring hospital".

"The community should have confidence that they will be looked after when they attend our delivery suite, but there have been multiple near-misses and some adverse outcomes," the letter, dated September 7, reads.

Ms Rumball said between two and four women continued to be at risk every month.

"There are email trails going back years regarding this issue, with clinicians requesting a change in practice: for elective caesarean sections to be scheduled separate from acute caesarean sections, for the safety of both,"  Ms Rumball wrote.

"The inactivity on the part of management has been frustrating. Even with a death, they have lacked energy or competence to drive a business case through."

A source close to the hospital told the Herald that senior doctors previously raised concerns that a death could happen and that it was a "significant risk" for patients and the DHB.

But DHB managers told the Herald today that following the death of the baby, space was made available in the hospital's main theatre, at least a 10-minute walk from the delivery suite, for elective C-sections.

And if two emergency C-sections happened at the same time, a second theatre could be opened in the main operating theatre, Women's and Children's service director Michelle Sutherland said.

Sutherland said the gripe from doctors was now around a business case for one dedicated elective C-section theatre within the main operating theatres, available on set days of the week.

"They're looking for both the capacity and the reassurance that they don't have to move to a different theatre on a daily or weekly basis."

It was hoped this would be achieved by the end of the year.

The need for greater capacity was highlighted in internal and external reviews after the baby's death but Obstetrics and Gynaecology clinical unit leader Dr Narena Dudley said the DHB had become aware of safety risks before December.

Dr Dudley said elective and emergency caesarean sections had been performed for years in the delivery suite theatre.

But with increasing complicated pregnancies, repeat elective C-sections and increasing delays for planned C-sections, it became evident there needed to be a second theatre to separate electives from emergencies.

Quality and patient safety clinical director Dr Doug Stephenson said the opening up of a main operating theatre for elective C-sections was only one of the recommendations made in the external review, because theatre capacity was not the only issue.

He did not know of any other near misses in the delivery suite.

Resident Doctors Association general secretary Deborah Powell said it was common sense that emergencies took priority over electives, but that came with risks.

"If you're knee-deep in acutes, then electives don't get a look in. Someone looking for an elective C-section, eventually that baby is going to have to come out, so it will turn into acute.

"If the decision is they need to have an elective for whatever reason and suddenly they become acute, that is a failure of care for that person."