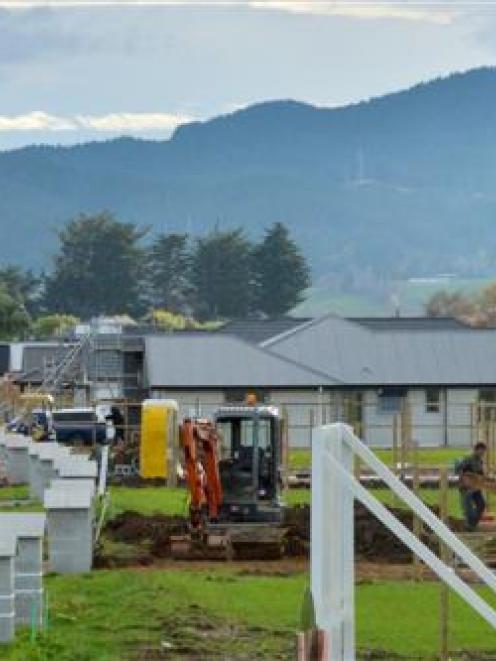 Cr Syd Brown, who is behind the 10ha 212-lot Highland Park subdivision in Hagart Alexander Dr, has been granted non-notified consent for the next two stages of the development.

Stages one to four, together totalling 46 new homes, were already consented and sold, and construction was either under way or complete.

Council staff last week approved stages five and six, allowing plans for another 37 homes to proceed, almost doubling the size of the development.

Cr Brown said last week the development was proceeding ''well beyond my expectations''.

Construction of the latest batch of properties would begin in spring, he said.

The charges cover the cost of water services, roading and reserves costs.

The bill was understood to be among the highest charges levied by the council in recent times.

Cr Brown said the bill was ''standard practice'' and accepted the charges as a cost developers were required to meet.

Council staff had also taken the unusual step of waiving a required gap between eight of the new lots, allowing development right up to the boundary between the sites.

Cr Brown said that would allow owners to make the most of smaller sections, maximising north-facing outdoor space, while allowing garages to share boundary walls.

A condition of consent meant the waiver would only apply if both neighbouring properties were owned by the same developer, to prevent one owner building up to another owner's house without requiring consent.

Cr Brown said more stages in the development would follow, although the total number of sections could rise depending on market demand for smaller lots.