By Emma Perry
0 Comments
Tahuna Normal Intermediate School pupils are taking checking their eyesight into their own hands.

For several months pupils at the school have been involved in a 20/20 vision child-to-child testing project developed by the Otago Polytechnic. 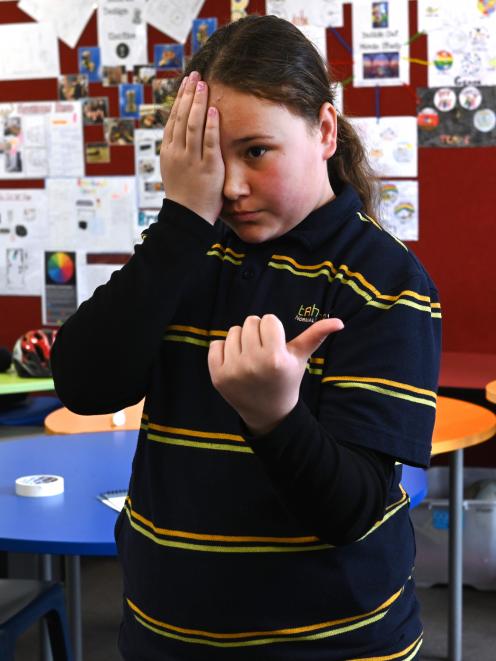 Having her vision tested by her peers is Alysia Sydney (11).
Pupils stand 4m apart and one reads from a chart held by another. Another pupil records the results.

The whole school was tested this way about a month ago, and yesterday 19 pupils with ambiguous initial results were further tested by their classmates.

So far the testing has found about 8% of the school's pupils have eyesight problems and need to visit an optometrist.

The idea for the programme, thought to be the first of its kind, was hatched by occupational therapy lecturer Mary Butler, who wanted to make visual screening accessible to more people.

''I think there are too many children still falling through the cracks, even with nationwide testing.

''We found that even when parents were given vouchers to get their kids eyes tested, it still wasn't happening.''

Prof Butler recruited product design student Curtis Stent, who assisted with the design of school eyesight testing kit as part of his major project for his final year of study. 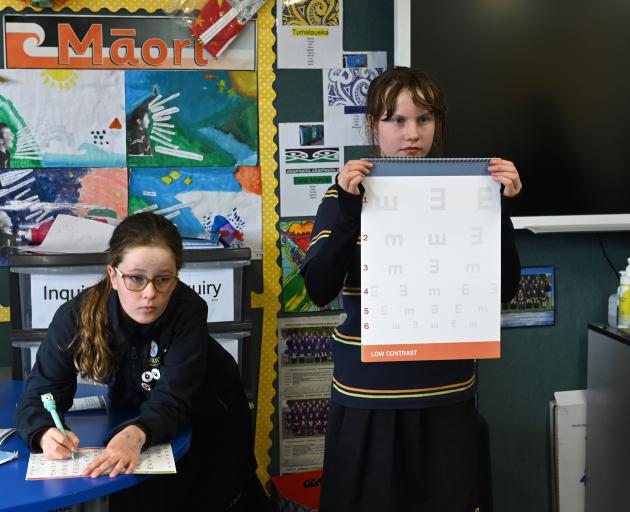 Writing down test results is Sophie Low (12) as Temple Chirnside (12) holds the vision chart. Photos: Linda Robertson
An optometrist gave guidelines to Mr Stent so he could develop a testing kit which closely mirrored eyesight testing at the optometrist.

Mr Stent said the feedback he received from pupils meant he was able to refine the kit and make changes, such as using simpler language.

''It's been great doing human-centred work and [to] get feedback from people as you go. It means I can make the best product possible. It's been very rewarding.''

Prof Butler hoped the programme would take off nationwide and one day be used by schools across the country.

''Our real goal is that no child who needs glasses goes without.''