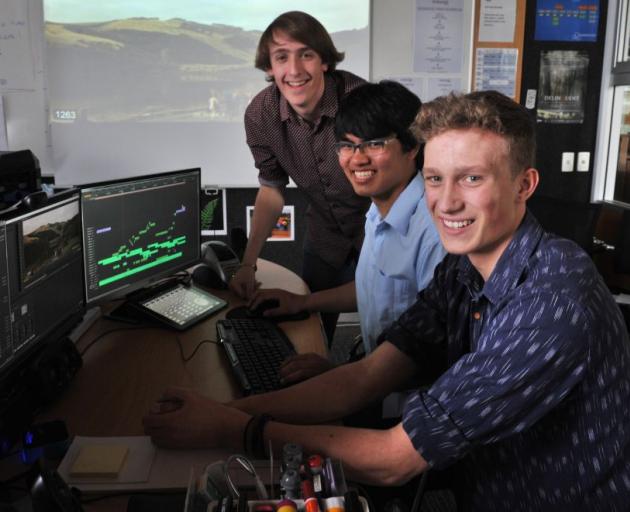 The film is the brainchild of John McGlashan College pupil Koon Chakhatrakan, who says the project combines two of his greatest passions - humanitarian work and film-making.

More than 50 pupils from John McGlashan College, Columba College, St Hilda's Collegiate School, Bayfield High School and King's High School acted as cast and crew and had invested more than 1000 hours of their own time since the project began in June last year, he said.

Delinquent will have its world premiere at the University of Otago College of Education auditorium on October 17.

Koon hoped ticket sales and related activities would help raise up to $1000 each for the New Zealand Red Cross, the Otago SPCA, the Salvation Army, St John and the Otago Community Hospice.

''This event will act as the moment of truth for all the cast and crew.''

The movie was filmed mainly at Ross Creek in Dunedin, and dealt with dilemmas common in adolescent life, such as alcohol use, drugs, bullying, depression and friendships, he said.

The plot follows Peter, a quiet schoolboy, who arrives at his new school and swiftly falls in with a group of friends. However, Paige, the outgoing and self-professed leader of the group, displays a blatant dislike for the more shy and timid character of Devyn.

Peter has hesitations but, before he knows it, they are soon together on a camping trip.

Despite Paige and Devyn's previous connections, conflict between them is unavoidable, causing further rifts between other members of the group.

The accumulating teenage emotions clash and flare, ending in a nightmare.

''We're all very excited to see it on the big screen,'' Koon said.