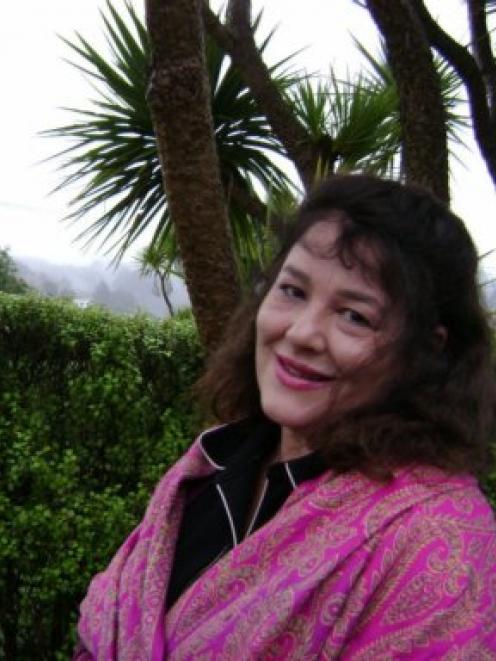 Her degree is based on her playwriting, as well as academic skills.

The Essex-born Broad Bay artist has met the degree requirements by writing a new play, Moon at the Bottom of the Garden, and also completing an associated explanatory study.

This new degree, which was approved in 2010, aims to ''equip students with the ability to create theatrical works at a high professional level''.

She said in an interview, she had written her first play Up the Duff in the early 1990s, as part of earlier work for an Otago bachelor of arts degree in theatre studies.

About 20 years later, and with ''a lot of life in between'', she had written another play linked to a further Otago degree.

In her associated study, she noted the plays she wanted to write were ''of politics writ small; domestic relationship dramas of working-class families with an emphasis on women''.

''I am aware that I have a heightened sensitivity to the impact of class, poverty and injustice and that I do have an agenda.''

Her latest play focuses on the lengthy aftermath of a ''jukebox murder'' which took place in Auckland in 1954, during the era of ''bodgies'' and their young female counterparts, the ''widgies''.

Albert Black had fatally stabbed Alan Jacques beside a jukebox after a quarrel over a young woman.

He was later convicted of murder and hanged.

The social environment at the time had been one of ''Cold War paranoia and censorship'' and there had been a climate of ''moral panic'' over perceived misbehaviour by the young.

Mrs McDougall said the aim of this degree was to integrate historical material involving the jukebox murder into a ''full-length play script'' which shifted the focus from the two dead men to ''the girl at the heart of the murder''.

The play ranges in time from 1954 to last year and explores the psychological and emotional effect of the earlier deaths on the fictionalised character ''Rosie'', and on others, in much later life.

Mrs McDougall felt ''good'' that the play and degree had been completed, and was keen for the play to be staged next year.

She said her husband, artist Ewan McDougall, was recovering well from an operation.

''I've been more focused on my husband's health,'' she said.

She will graduate in a 3pm ceremony at the Dunedin Town Hall today.